It is, of course, somewhat daft to review an exhibition after it has closed. It was all my own fault for leaving my visit to ‘Basic Instincts: The Art of Joseph Highmore’ at the Foundling Museum in London to the very last day. Still, my procrastination was rewarded with a tour conducted by Jacqueline Riding (@JacRiding), the curator of this small but fascinating show, who guided a large and enthusiastic group through the punctuation points of Highmore’s life history and the styles and genres he favoured.

Highmore’s conversation pieces were highly sought-after and he painted many, but only a few examples remain or, as Riding pointed out, have been identified. The missing works could be hanging above fireplaces or stashed in attics in houses across the world, their manageable, domestic size ensuring they have remained in families for generations rather than being auctioned off as too monumental for modern homes. (If you’ve got anything that looks likely, I suggest you get it checked out.) 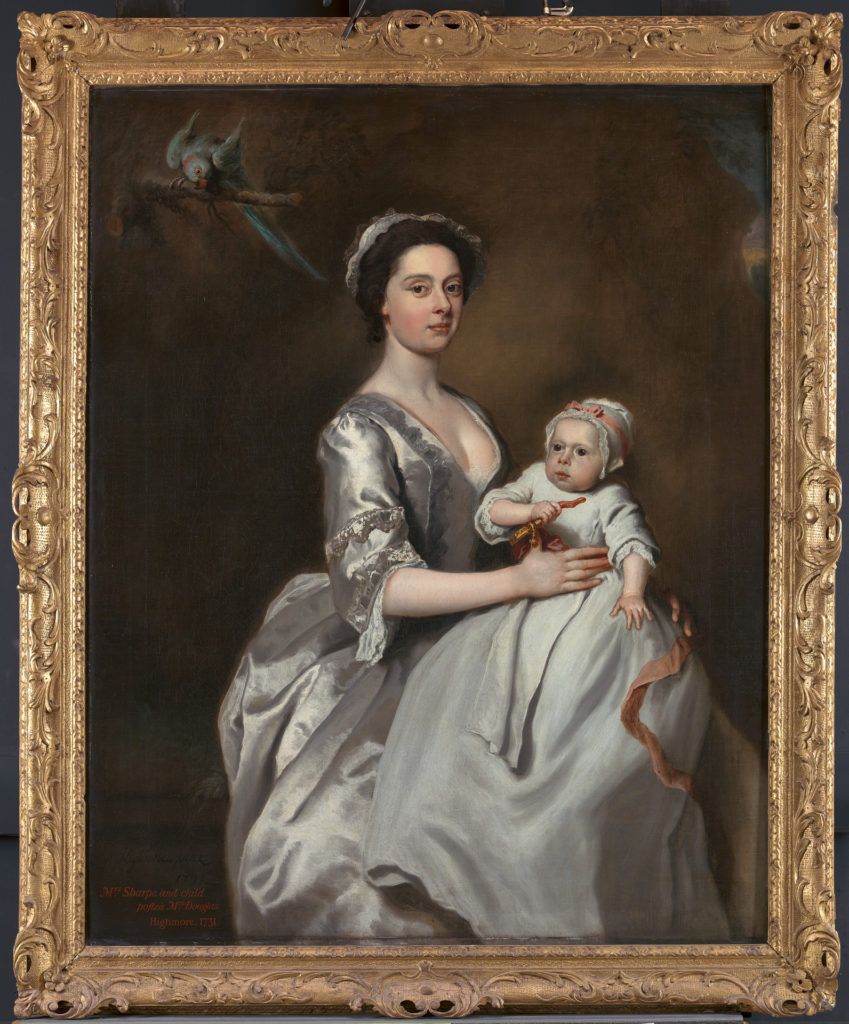 Highmore also produced many exquisite commissioned portraits including this one of Mrs Sharpe and her Child, and series based on Samuel Richardson’s bestselling epistolary novels Pamela and Clarissa. 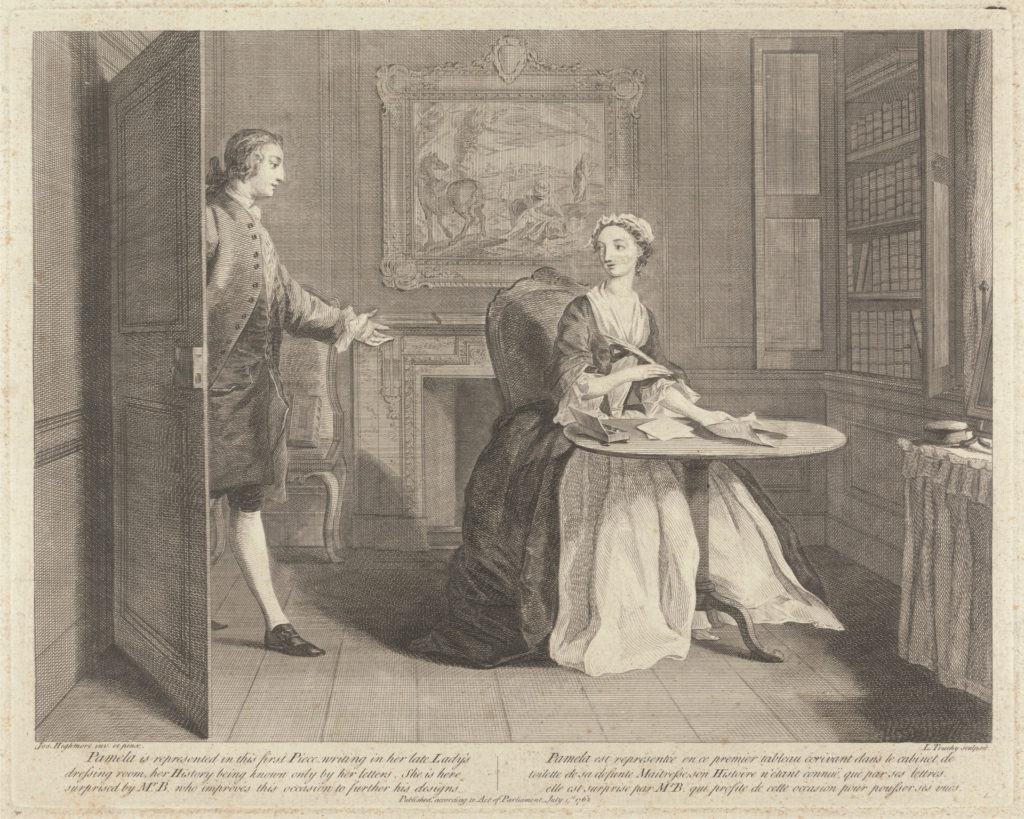 Highmore’s range included portentous ‘history’ scenes such as the large-scale Hagar and Ishmael (1746), which hangs upstairs in the Foundling Museum’s Court Room (and was donated to the Foundling Hospital by the artist himself). 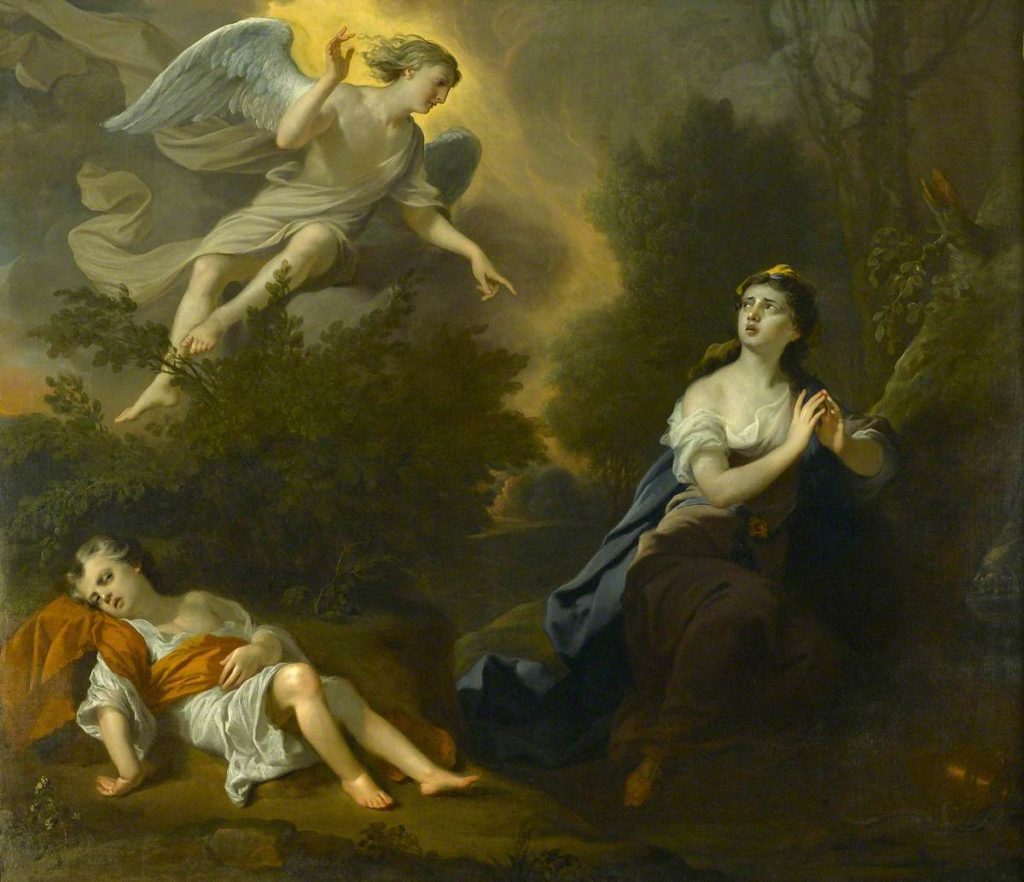 Hagar and Ishmael, which shows the banished handmaid Hagar and her child turning away from her son Ishmael, unable to watch him dying of thirst in the wilderness as an angel shows her the way to a well of water and life, provides a useful compare-and-contrast exercise with the work around which the exhibition was framed: Angel of Mercy, in which a desperate mother is halted in the act of strangling her baby with tape (a scene that calls to my mind Mary Thorpe’s murder of her child in 18001, for which she was executed). While an old woman, perhaps symbolising poverty or the temptation to sinfulness, skulks away to the right, a handsome angel points the way to salvation: the Foundling Hospital. 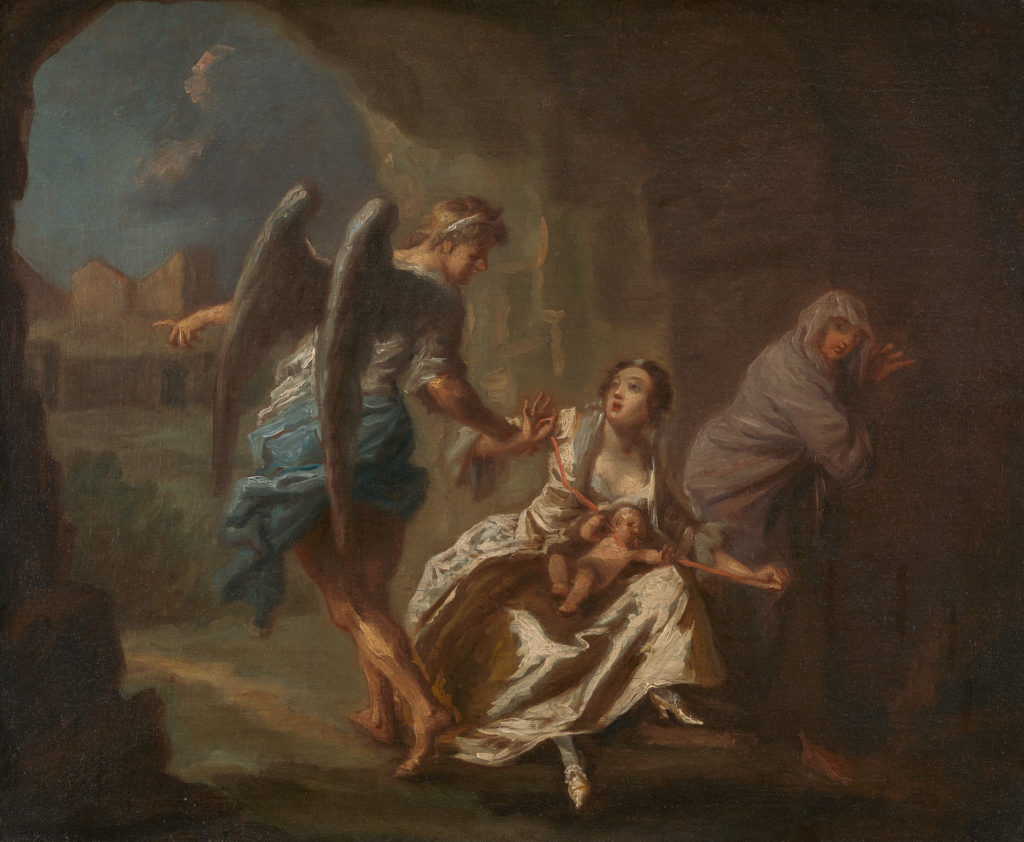 Jacqueline Riding explained that Angel of Mercy is an oil sketch for what would have been a much larger work, perhaps on the monumental scale of Hagar and Ishmael, that it is unlikely to have been produced, its depiction of baby murder too graphic for Georgian sensibilities. Hagar is a mythological figure. The silken gown of the unfortunate woman, her animated, fearful expression and the tape in her hand betray the scene in Angel of Mercy as all too painfully real.

Riding’s book Basic Instincts: Love, Passion and Violence in the Art of Joseph Highmore, is available at Amazon (£25).