Well] into the 19th century it was believed that the cause of severe mental disorders suffered by women shortly after giving birth was breast milk: the lack of it or its inability to flow properly through the breast. ‘Milk fever’ arose when it was either congested in the breast, causing mastitis, or diverted to other areas of the body, in the thighs and pelvis, for instance, where it could lead to abscesses and inflammations. It could also, without displaying other symptoms, affect a woman’s rationality.

It was accepted at Mary Thorpe’s1 trial at York in March 1800 that she had been suffering from milk fever at the time she killed her eight-day-old baby boy. At about 5pm one day in December 1799 she had wrapped him in cloths and left her lodgings in Sheffield, telling her landlady that she was taking him to her sister in Derby, where she would be wet-nursed. Instead, she had wound a length of tape around his neck three times, attached a large stone and put him in the river. His body, found near a bridge about a mile from the centre of Sheffield the next morning, presumably at the spot where she had left him, was soon identified.2 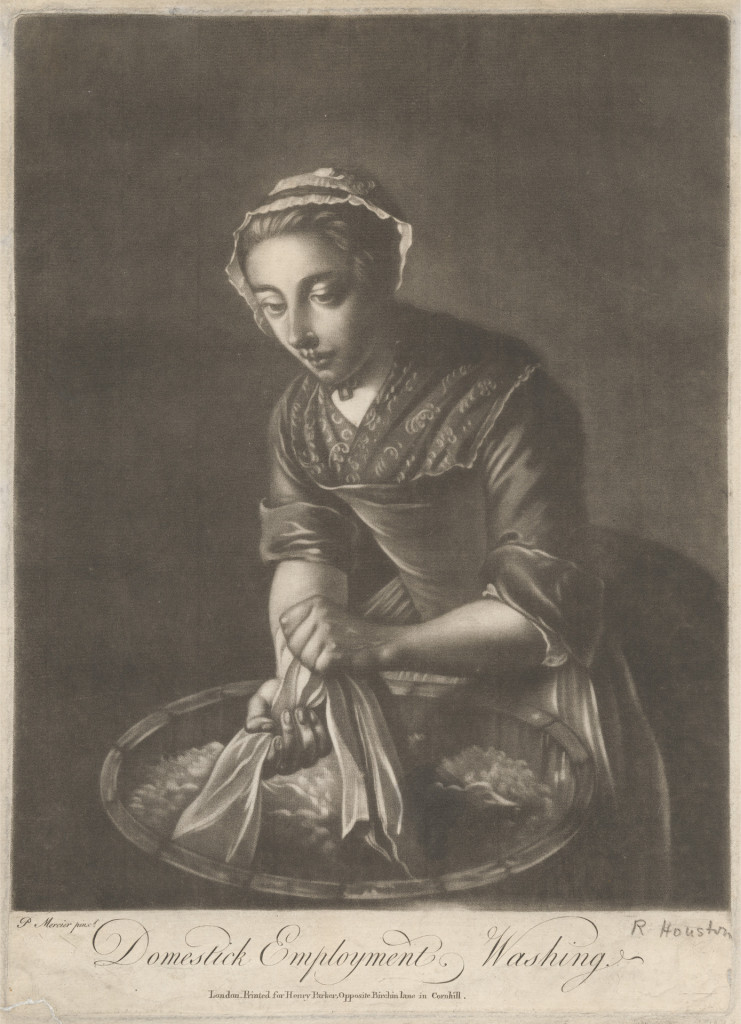 A servant does the washing. Print made by Richard Houston, ca. 1721–1775. Courtesy of Yale Center for British Art

Mary’s story is not like that of the many young women in service who typically concealed their pregnancy, gave birth in secret and killed their newborns out of desperation to keep their livelihood and reputation. Aged about 21, Mary had been in service for about seven years, but she had left her employment 11 weeks before her due date and travelled seven miles to Sheffield where, pretending to be a married woman, she had taken lodgings at the house of Mrs Hartley, a widow. After the birth, at which Mrs Hartley assisted, Mary cared for and fed her child. 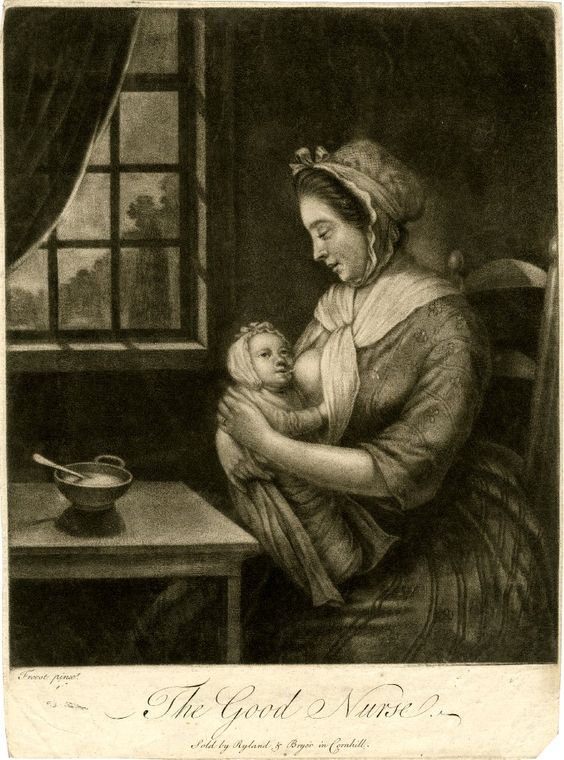 After killing her baby Mary returned to her family home in the village of Ecclesfield. There she was arrested by Mr Hill, the Sheffield constable, who told her that he had come concerning “her bastard child,” which she had left as a charge to the parish. When she flatly denied ever having had a baby, he took her into custody, and she was imprisoned in York Castle charged with the “wilful murder of a male bastard child.”3

Before this disaster, Mary Thorpe lived in “happiness and respectability,” as Thomas Lede put it, writing some 30 years later.4 She had an “amiable temper and [a] good nature.” But she came to the attention of an unnamed man and eventually “he succeeded in his diabolical aim, ruined and left her.” This man may have paid for Mary’s stay in Sheffield in the house of a respectable widow.5 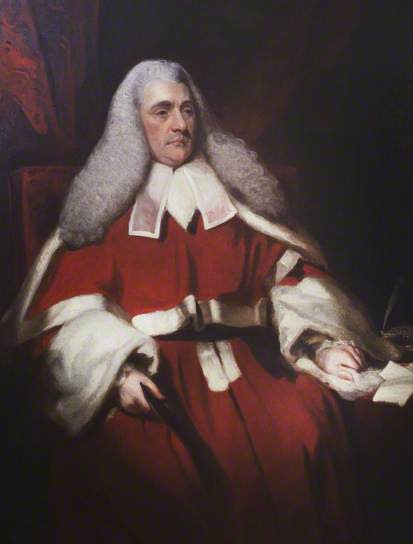 In March Mary Thorpe appeared before Giles Rooke at York. The general consensus was that she was “a decent respectable looking young woman”6) and  that “her appearance and deportment excited the warmest sympathy.”7

The facts of the case were easily proved – that she had given birth and killed her child – and she did not deny them. But her defence was that she was “ill and delirious, and knew not what she did.” She was suffering from milk fever, which was accepted, but the court decided that it  was “not sufficiently to destroy her sanity,” as evidenced by the premeditated steps she took. The jury’s verdict was “guilty” and Judge Rooke put on the black cap and passed a sentence of death on her. Mary was said to have borne the news “with the greatest firmness” and she curtsied to the court before she left it. 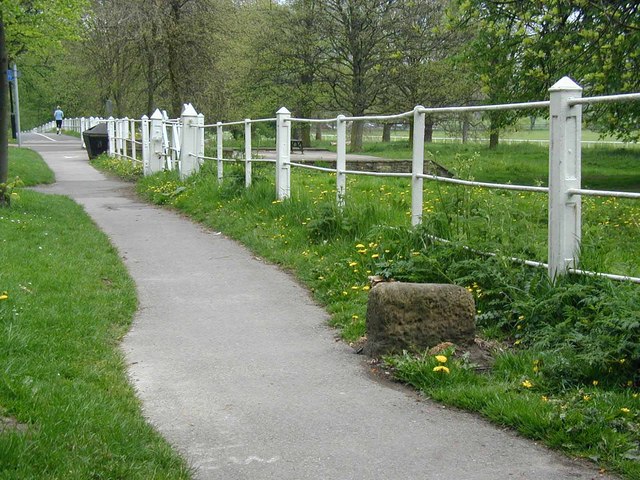 Edge of the Knavesmire: This is footpath and cyclepath at the side of Tadcaster Road. The stone platform is the site of the Tyburn, the York gallows last used in 1801. Dick Turpin was hanged here in 1739.© Copyright Jeremy Howat and licensed for reuse under this Creative Commons Licence

After her conviction, Mary expressed contrition for her crime and accepted her guilt. On 17 March she and Michael Simpson, who had been convicted of poisoning his employer at the same assize, were taken to the Knavesmire Tyburn, near York and hanged. Simpson protested his innocence; Mary did not. Their bodies were given to surgeons for dissection.

Lede was unequivocal in his opinion that Mary’s seducer was to blame, and in his belief that Mary was suffering from a mental illness.

Medical experience tells us that fevers of all descriptions affect the sanity of the sufferer: milk fever is most powerful in its effect; and though the law might condemn, society may pity such a criminal … It was ascertained that the wretch whose self-love had accomplished her ruin, was far above Mary in circumstances: he had taken advantage of that elevation to tempt her on to destruction … we earnestly wish that for the future, Juries, especially on inquests, would, in the verdict, incorporate their reprobation of the first causers of these dreadful offences.

We will never know the nature or severity of Mary’s illness, but it is clear, to me at least, that when she committed the crime she was suffering from some kind of abnormality of mind, from which she had largely recovered by the time of her trial. It seems unjust that the first woman executed after the turn of the century was recognised as having a mental illness connected with childbirth but that it was not deemed to be severe enough to save her from the gallows.