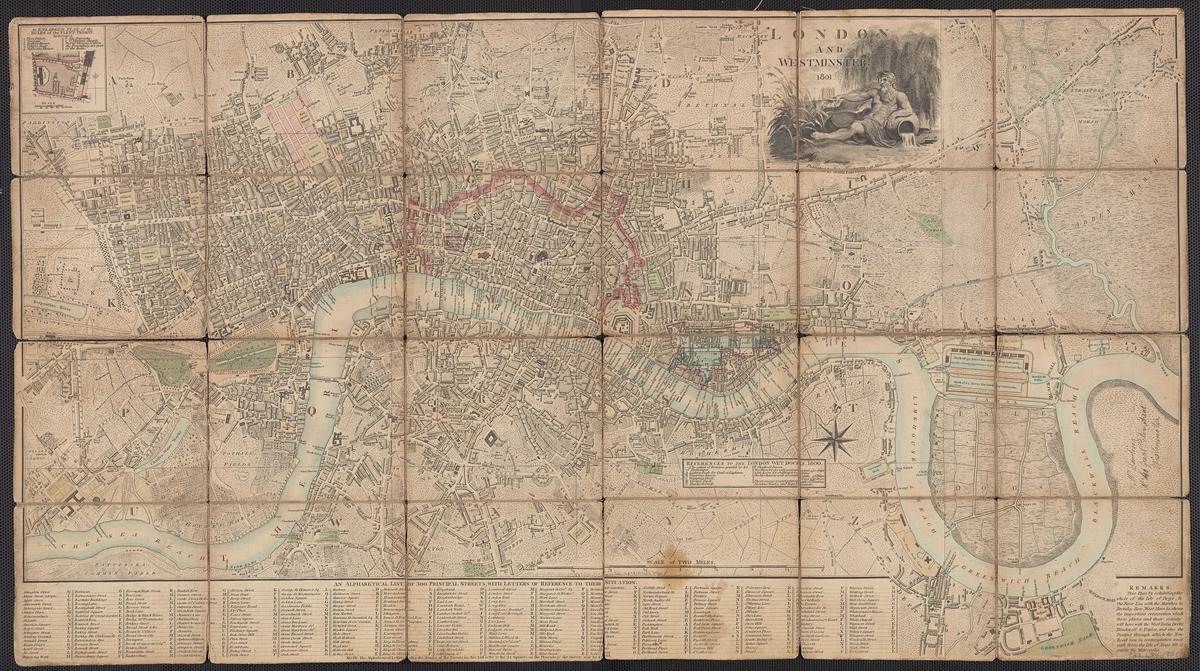 This is not meant to be an exhaustive list; rather, it is a place to start when you are looking for maps to help your research. Some of the entries are themselves lists of external links. Copyright is for you to assess.

An Actual Survey of the Great Post-Roads Between London and Edinburgh, With the Country Three Miles on Each Side, this edition published in 1783.

One of the world’s largest libraries devoted entirely to rare books and manuscripts.

This directory lists the major map collections in the UK. It is freely available subject to the Society’s Terms and Conditions. Use the filter on the right to browse for collections, or the “Search for a Collection” box to find more specific collections.

A list of British Library map collections that are available online.

Zoomable, high-resolution colour maps dating from between 1560 and 1964, primarily related to Scotland but also including England and Great Britain, Ireland, Belgium, and Jamaica. There are also maps made for military purposes and Ordnance Survey.

An exhaustive Place Name Index to Great Britain, containing over 50,000 entries. It lists the historic county and the main administrative areas in which each place lies. Read the accompanying notes before using.

This digital project, which looks at the topographies of literature and culture in 18th-century London, is run by Allison Muri of the University of Saskatchewan, and helpfully gives access to a selection of maps and views of London from 1558 to 1799.

Building historian Jean Manco’s extensive site is included in my Image databases page. The page on maps is a good starting point for your research.

A map-based history website developed by the Institute of Historical Research. Users can access free historic maps of London and contribute stories, memories and histories to create a social history resource about their area. Includes Booth’s Poverty Map.

An extraordinary labour of love, the work of one person who has generously put their non-commercial mixture of comment and tips online, along with thousands of links to free sites.

Over 1 million historical map images, including Ordnance Survey County Series maps from 1843 to approximately 1996.  Maps are free to view online and images can be purchased as file, prints (framed and unframed). A paid-for service (subscriptions are £9.99 per month) gives an enhanced view and discounts.

A collaborative project to index over 400,000 historical maps in archives and libraries, with many participating institutions.

A great resource for historical fiction and non-fiction writers. There were 18 editions of Paterson’s Roads between 1771 to 1829, a form of gazeteer describing roads (and their landmarks) in England and Wales, as well as direct routes from London to seaports and coastal towns and cross-roads. There is also and index of ‘country seats, places, prospects, antiquities, and remarkable objects, and an appendix.

A list of useful map websites, with a focus on the North.