Research on my latest project looking into the murder of Mary Ashford (now published) has led me to the prison hulks in the Thames, where Omar Hall, a crucial witness, languished. Life on these obsolete, mastless ships was miserable, with no end in sight – you could be on a hulk for years before your country compelled you to travel to New South Wales to begin your new life of indenture. The convicts dubbed it ‘a voyage to nowhere’. No wonder Hall decided to contact the authorities and spill the beans… 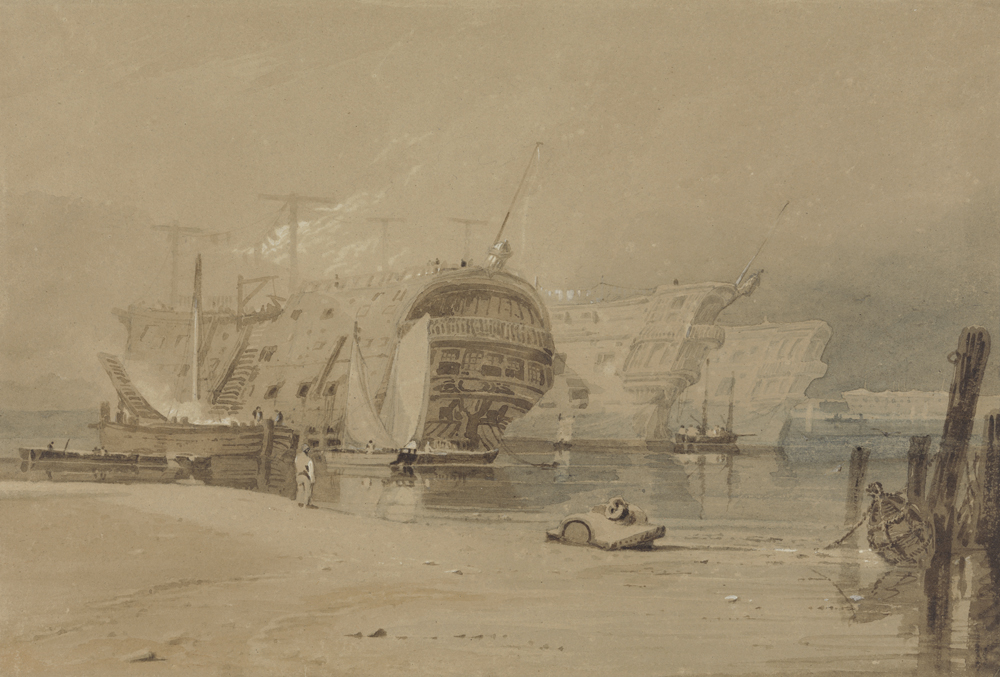 The hulks were first used as prisons in 1776 when the American War of Independence made transportation across the Atlantic impossible and although they were meant to be a temporary measure they were not withdrawn until 1857. Most were moored by the Thames but there were others around the country, including Plymouth, Portsmouth and Cork.

In 1809 Sir Samuel Romilly, speaking in the House of Commons, described the hulks as ‘miserable receptacles’ where ‘extreme depravity’ took place.Most hulks were acutely over-crowded, served poor food and the convicts often suffered serious health problems. Serious outbreaks of cholera and dysentery were not infrequent. In summer the air down below was stifling, while in winter it was freezing cold. The death toll was high.

John Capper, Superintendent of Prisons and the Hulk Establishment from 1814, tried to make improvements to the food and clothing and the chaplain had ensured the prisoners had their spiritual needs attended to by providing bibles and services, but the regime remained harsh and the conditions horrible.1

Hulks in the Medway by Francis Swaine (1730–1782). With kind permission of Yale Center for British Art, Paul Mellon Collection.

The purpose of the hulks was to provide free labour for the Woolwich naval dockyards in order to earn back the cost of accommodating and feeding them. Around 1775 it was clear that the main channel of the Thames was drifting toward the centre of the river. At Woolwich major dredging was required to stop this. Convict labour was also needed for the development of the Arsenal and the nearby docks.

James Hardy Vaux, a prisoner on the Retribution in the early 1800s, described the routine:

‘Every morning, at seven o’clock, all the convicts capable of work, or, in fact, all who are capable of getting into the boats, are taken ashore to the Warren, in which the Royal Arsenal and other public buildings are situated, and there employed at various kinds of labour; some of them very fatiguing; and while so employed, each gang of sixteen or twenty men is watched and directed by a fellow called a guard. These guards are commonly of the lowest class of human beings; wretches devoid of feeling; ignorant in the extreme, brutal by nature, and rendered tyrannical and cruel by the consciousness of the power they possess.’2

The Woolwich Warren was a complex of workshops, warehouses, wood-yards, barracks, foundries and firing ranges. 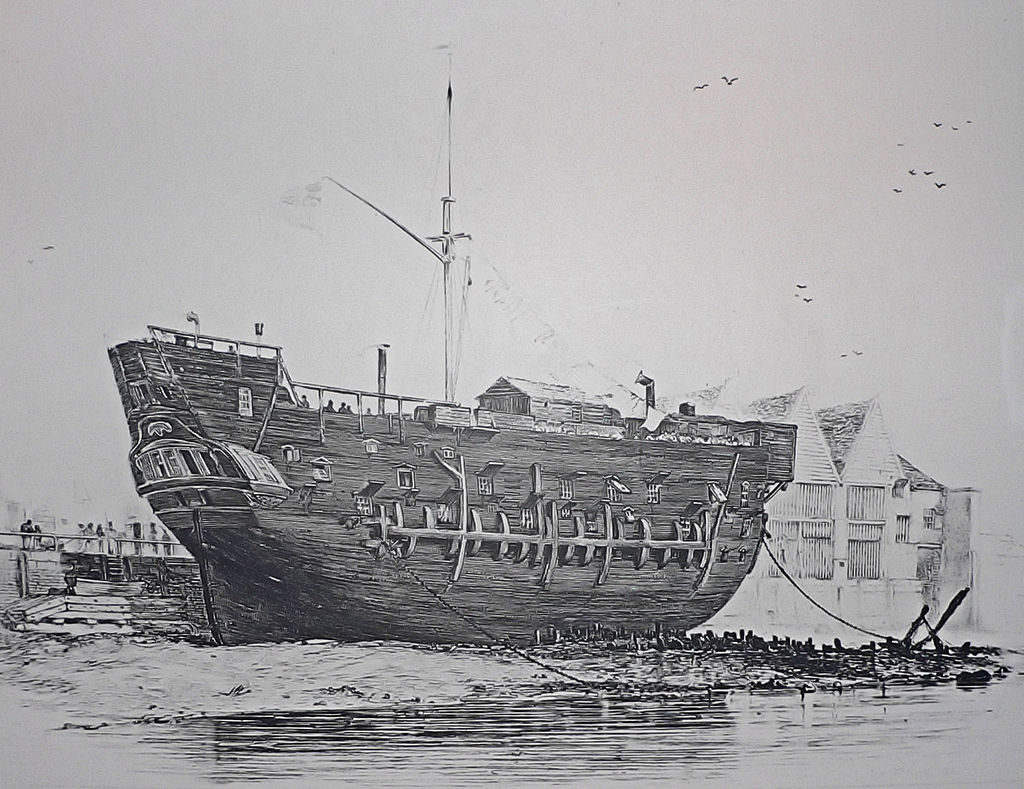 The Discovery prison hulk at Deptford.

Henry Mayhew described them in 1862.

The National Archives has a page of education resources for schools.