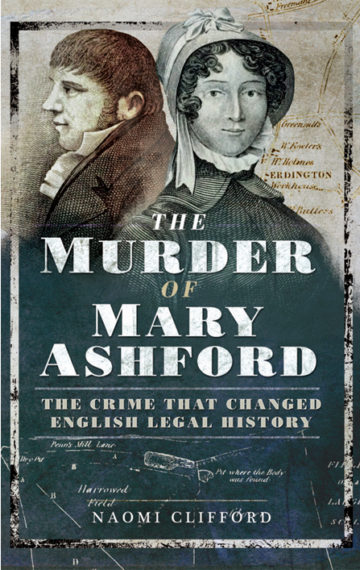 THE IDENTITY OF THE KILLER FINALLY REVEALED

Just after midnight on 26 May 1817, Mary Ashford left a party in a village near Birmingham in the company of Abraham Thornton, a local bricklayer with a bad reputation. A few hours later she was found drowned in a stagnant pond. She had been raped.

Thornton was soon on trial for murder but, to the widespread consternation of almost everyone from the local gentry to the humblest labourer, he was acquitted.

Then, in a last-ditch effort to find justice, the victim’s brother was persuaded to use an archaic process to prosecute Thornton again, only to find himself confronted with an extraordinary challenge harking back to medieval times. In court, the accused threw down a gauntlet and demanded his right to trial by combat. As that legal process played out, new and disturbing theories emerged to explain why Mary died.

In a fresh and many-layered exploration of this notorious case, Naomi Clifford sheds new light on the events leading up to Mary’s death, the motivations of the killer, and why, for two centuries, the truth of what happened remained hidden in plain sight…