Throughout her trial for poisoning her employer’s young daughter with arsenic, Elizabeth Mary Miller was “senseless” and frequently “seized with convulsive fits”. She was probably incapacitated by fear of dying on the scaffold: she would have been well aware of the fate of another servant accused of poisoning her employer’s family only a year before. Twenty-year-old cook Eliza Fenning, convicted of attempted murder, had been hanged outside Debtor’s Door at Newgate, protesting her innocence to the last.

Eliza Fenning’s case had attracted the attention of Radical writer, printer and publisher William Hone, who had been amongst the 50,000 who had witnessed her execution and was later commissioned to gather evidence that would prove what many suspected: that Fenning was entirely innocent of putting arsenic into the dumplings she served her employer Orlibar Turner’s family, and that there had been a number of serious irregularities in the way the case was prosecuted. Hone had published a 240-page analysis of the case in which he revealed the corruption at the heart of the legal system that had led to Fenning’s death.1 The case of Elizabeth Miller, a young female young woman accused of a similar crime, was an opportunity to remind the public of the appalling consequences of the Fenning trial. 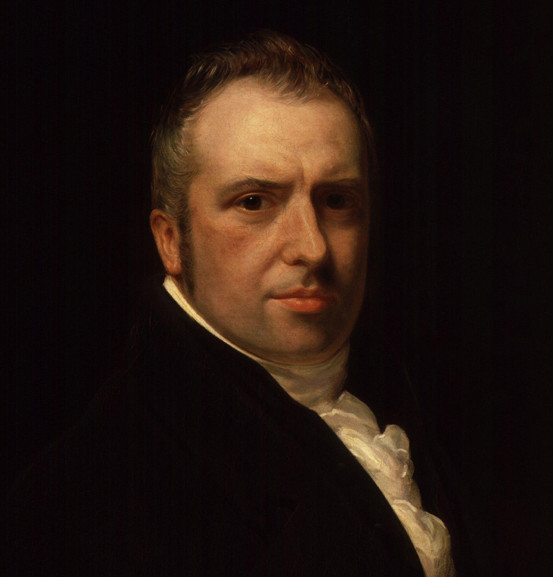 Hone was born in Bath in 1780, although the family soon moved to London. His father, also called William, was a strictly religious Dissenter. At the age of 12, already politicised and with a keen interest in events in France, the younger Hone published a broadside on the freedoms of the English constitution. Soon afterwards, he began work as a legal copyist, his father’s trade. Gradually he lost his religious faith and became involved with the controversial and radical London Corresponding Society. After an interlude in Chatham, sent by his father in order to shake off his son’s increasing radicalism, William returned to London and began several ventures, including opening a book shop, a partnership with John Bone of the LCS. Like many of his other ventures, the book business failed and Hone once more diversified, this time into the development of humanely-run asylum for the insane. He also became a campaigning journalist, holding the Establishment to account in the case of Edward Vyse, who was shot at a protest against the Corn Laws from a position in the home of Frederick Robinson MP, and, notably, the case of Eliza Fenning.2 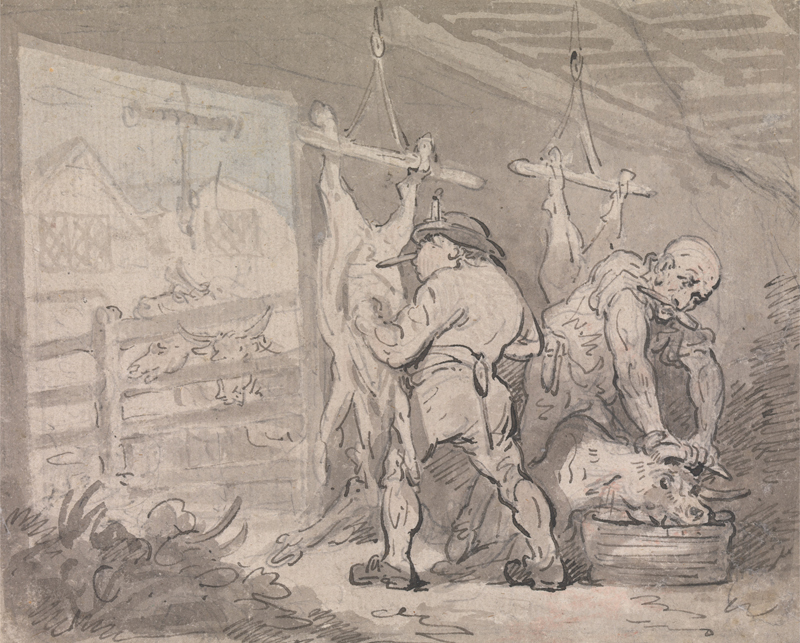 Elizabeth Miller was nineteen and had worked for the Newman family, who lived at No. 8 Kennington Lane at Kennington Cross, in the borough of Lambeth, at that time in Surrey. Richard Newman was a butcher. Both his house and the adjacent slaughterhouse were infested with vermin. Mr Newman’s rat-catcher liked to mix arsenic with rotting meat, divide it up, wrap it in paper and put it around the house: behind the skirting boards, under the flagstones and in the suet drawer. When Mary Eades, a servant in the house, saw a twist of paper on a window-sill, one of Mr Newman’s slaughtermen told her it was poison and not to touch it.

On 13 September 1815, Anne Newman, accompanied by Mary Eades, took her two young children, Elizabeth Ann, aged two and a half, and Mary, aged six months, for an evening walk. When they returned, Mrs Newman asked Elizabeth Miller to bring some gruel up for the children’s supper and Mary Eades added magnesia and rhubarb to it. These were medicines: the baby had been sickening, although Elizabeth Ann was quite well. Both little girls drank the gruel.

Mary Eades had some of it too. As she dressed the baby for bed, she felt sick, with a burning sensation in her throat and stomach. Very soon, highly distressed, the toddler Elizabeth Ann ran in to her mother.

“Has your father been beating you?” asked Anne Newman.3

“No,” replied Elizabeth Ann and climbed into her mother’s lap for comfort. She started vomiting, and so did the baby.

Soon after, Richard Newman, the children’s father, came up.

“What have you been doing with the gruel?” he demanded of Elizabeth Miller.

“Nothing,” said Elizabeth repeatedly, eventually bursting into tears. The basin of gruel was fetched from the kitchen, and Mr Newman challenged her to drink some, but by then she had seen that the children and Mary Eades were ill and refused. Mr Newman sent her for the apothecary Mr Dixon. During the journey back to Kennington Lane, Elizabeth told him that she had made the gruel and thickened it with a little oatmeal she had found in a jar in the kitchen cupboard. One of the men employed by Mr Newman had bought it about a month before to treat a cold.

Once at the house Dixon ordered the basin of gruel and all the equipment and utensils involved to be locked up for future examination. He sent Elizabeth out to fetch medicine, but both children continued to deteriorate. After fitting several times, Elizabeth Ann died in agony at nine o’clock the following morning.

Mary Eades went up to the room she shared with Elizabeth.

“What would you wish to do with yourself if you are innocent?” replied Mary Eades. 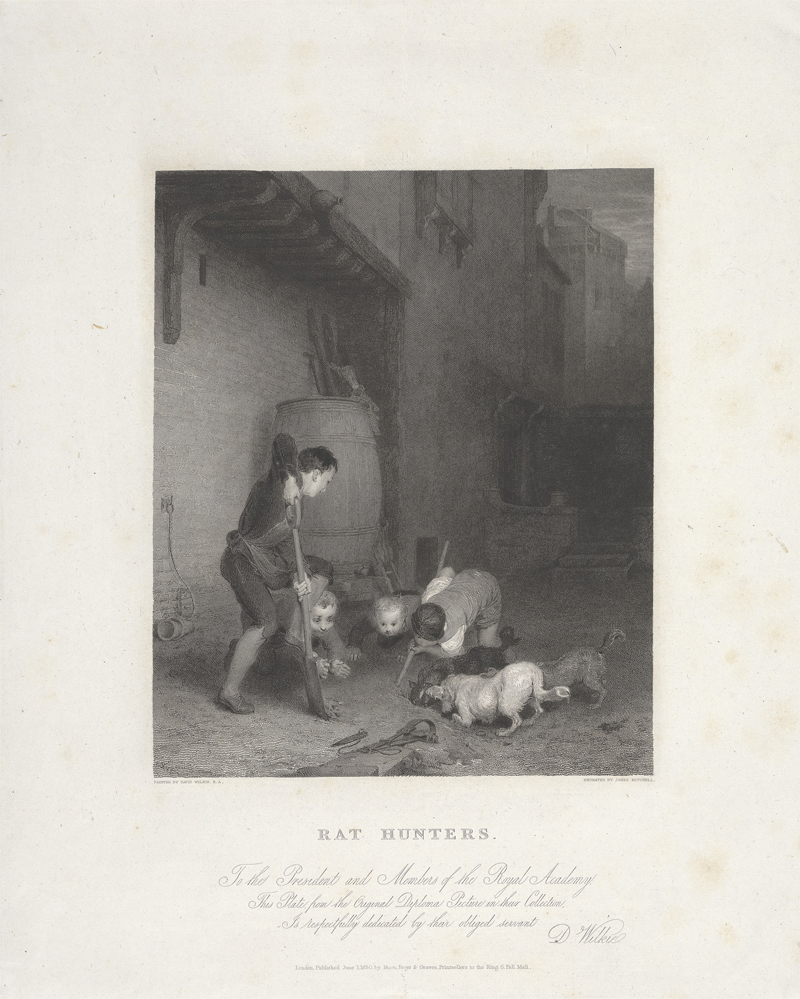 The inquest in front of Charles Jemmett, the Surrey coroner, was held at the White Hart pub,4 a few doors away from the Newmans’ home. Mary Eades told her story, along with Mr Dixon, the rat-catcher, the journeyman who bought the oatmeal and Anne Newman, the bereaved mother, who told the jury that Elizabeth Miller was a bad-tempered girl who was often cross with the children, and that Elizabeth Ann had not liked her. The previous Monday, she said, she had scolded her twice for “suffering the men in the shop to take improper liberties with her”. These were echoes of the accusation against Eliza Fenning, who was said to have been harbouring a resentment against her mistress after she was told off for going into the apprentices’ room to borrow a candle in an inappropriate state of dress.

The beadle gave evidence that during their journey to the workhouse, where Elizabeth was to be incarcerated, she had told him that the oatmeal she used had been in twist of paper in a jar in the cupboard. The jar had contained another twist but she did not know what it was. 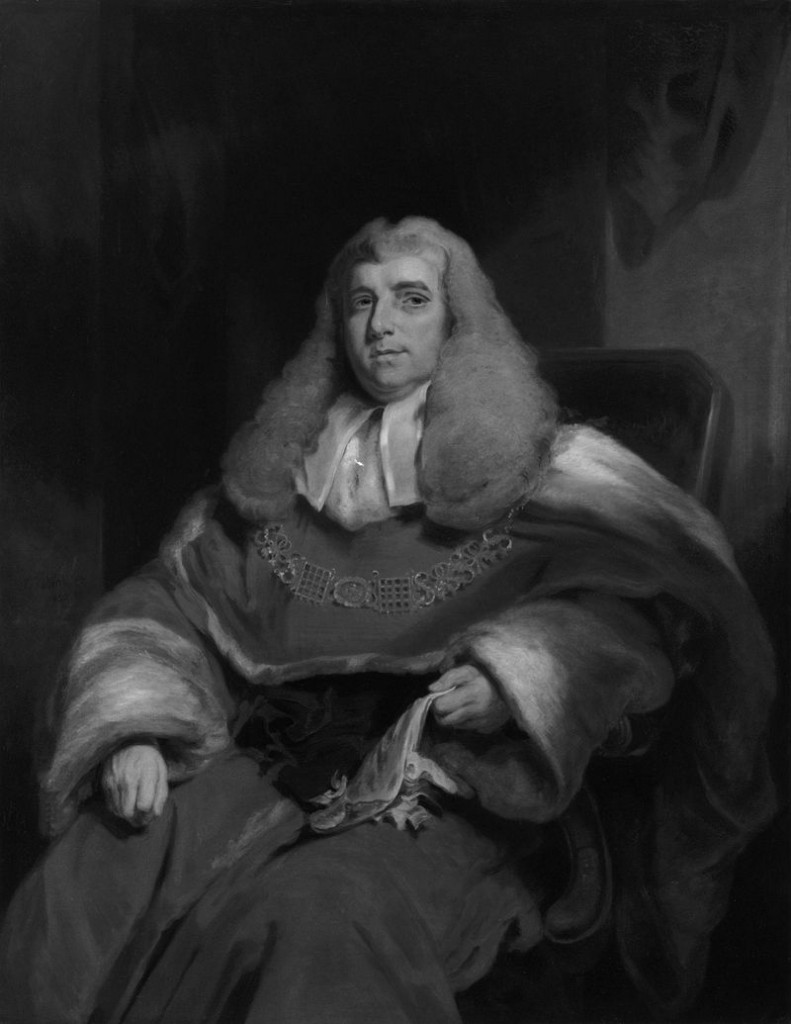 The case came to trial at Kingston, Surrey, the following April and was heard by Charles Abbott5The witnesses, with the addition of Mr Newman and the subtraction of the Beadle, once again gave evidence. Elizabeth was defended by Mr Nolan, whose services had been paid for by a subscription. A solicitor gave his services for free. Mr Newman, the prosecutor, was represented by Isaac Espinasse.6

At the end of the trial, Espinasse spoke of the abuse Mr Newman had suffered for his prosecution of Elizabeth. He had been “assailed on all hands” and had been “foully traduced, and vitally injured in his trade,” precisely because of what had happened to Eliza Fenning as a result of her prosecution. William Hone, who was among the observers, fizzed with fury when he heard this. In his view, Eliza Fenning was the victim of that case, not Orlibar Turner, and it had been a complete travesty of justice.

After the jury told Abbott that there was no need to call on Elizabeth for her defence, they acquitted her. It cannot have been a great surprise. Justice Abbott stated that Elizabeth Ann had died as the result of an accident. Elizabeth Miller had mistaken arsenic for oatmeal.

Had justice been done? Of course, it is impossible to know for sure. Poison had been left around the Newmans’ house and slaughterhouse, no one had seen Miller add it to the gruel, and she freely admitted that she had added what she had taken to be oatmeal. Eliza Fenning, likewise, was not seen to add poison to the dumplings she served the Turners, and arsenic was kept in a drawer in the house. Perhaps mindful of the catastrophic verdict in the Fenning case, the jurymen were more cautious.

Hone published his account of Elizabeth Miller’s trial in several forms, including the pamphlet Four Important Trials at Kingston Assizes, April 5th 1816.7 Espinasse, he wrote, “is represented to have stated that ‘the cases of the prisoner and Eliza Fenning were extremely similar in their consequences to the Prosecutors – for that Mr Newman, like Mr Turner, the Prosecutor of Eliza Fenning, had been HOOTED FROM SOCIETY, BECAUSE HE HAD DONE HIS DUTY in bringing the Case before a legal Tribunal’.” Hone went on to detail 13 examples of Mr Turner’s appalling behaviour and deliberate concealment of pertinent facts during the Fenning case, among them his refusal to allow her parents to see her when she herself was suffering the effects of arsenic poisoning; his decision to employ as his solicitor the Magistrate’s clerk who had taken her deposition; and his failure to inform the court of a possible suspect within his own family. The heat of Hone’s anger rises from the pages. He had not forgotten or forgiven the injustice of Fenning’s execution.

We cannot be sure that arsenic killed Elizabeth Ann Newman. The science of detecting poisons was rudimentary and Eliza Fenning’s prosecution provided a salutary lesson in its limitations. In both cases the presence of arsenic was proved despite there being no effective way to identify it (that was 20 years away with the publication of James Marsh’s ground-breaking analysis). Mr Dixon analysed the contents of the basin of  Elizabeth Miller’s gruel “in the presence of four [natural] philosophical gentlemen”, who found that it was “strongly impregnated with arsenic”. But this was worthless science.

What can we take from the tragic death of Elizabeth Ann Newman and the prosecution of Elizabeth Miller? Perhaps this: that the fate of Eliza Fenning gave the jury, and by extension, the informed public, some pause for thought and saved a young woman from the gallows. Perhaps it also had a bearing on the fate of a further young woman: Elizabeth Ward, who appeared at York Assizes in August 1816 accused of poisoning her sister-in-law Charlotte. The difference here was that no doubt surrounded Ward. She was indeed guilty. She had bought the poison and her young brother had seen to add it to posset for Charlotte. Ward was sentenced to death but respited after petitions to the Prince Regent and Lord Sidmouth, the Home Secretary.8