These words, written by the Reverend Sydney Smith to Lady Georgiana Morpeth in 1820, were read at a celebration of the life of a friend I went today. Not sure about No 2, myself but most of the others remains as fresh and as relevant as when they were first written.

Feb 16, 1820
Dear Lady Georgiana
Nobody has suffered more from low spirits than I have done, so I feel for you.
1st: Live as well as you dare.
2nd: Go into the shower-bath with a small quantity of water at a temperature low enough to give you a slight sensation of cold.
3rd: Read amusing books.
4th: Take short views of human life – not further than dinner or tea.
5th: Be as busy as you can.
6th: See as much as you can of those friends who like and respect you.
7th: And of those acquaintances who amuse you.
8th: Make no secret of low spirits to your friends, but talk of them freely – they are always worse for dignified concealment.
9th: Attend to the effects tea and coffee produce upon you.
10th: Don’t expect too much from human life – a sorry business at the best.
11th: Compare your lot with that of other people.
12th: Avoid poetry, dramatic representations (except comedy), music, serious novels, melancholy, sentimental people, everything likely to excite feeling or emotion, not ending in active benevolence.
13th: Do good and endeavour to please everybody of every degree.
14th: Be as much as you can in the open air without fatigue.
15th: Make the room where you commonly sit gay and pleasant.
16th: Struggle little by little against idleness.
17th: Don’t be too severe upon yourself, or underrate yourself, but do yourself justice.
18th: Keep good blazing fires.
19th: Be firm and constant in the exercise of rational religion.
20th: Believe me, dear Lady Georgiana.
Very truly yours, Sydney Smith.

Georgiana Dorothy Cavendish was born on 12 July 1783, the daughter of Lady Georgiana Spencer and William Cavendish, the 5th Duke of Devonshire.”Little G”, as she was known, was a much-cherished child, born after nine childless years, and breastfed by her mother against all the wisdom of the time (it was feared that nursing would reduce Lady Spencer’s chances of bearing a son). Georgiana Spencer was an affectionate and loving mother, as Reynolds captured beautifully in his portrait, but her personal life was chaotic. Little G suffered greatly during her parents’ separation and her mother’s subsequent absence in France giving birth to an illegitimate child by Lord Grey. 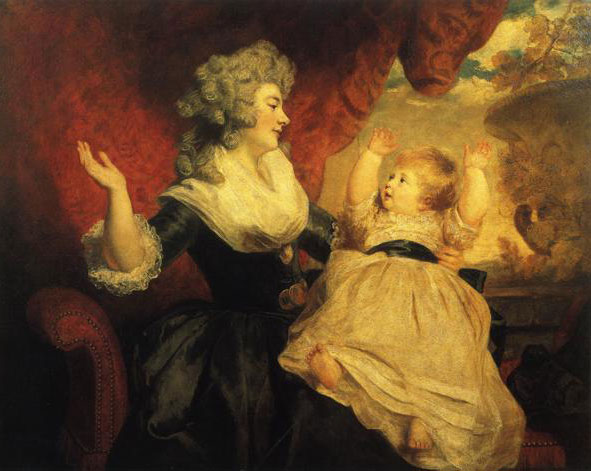 Unlike her glamorous and outgoing mother, Little Georgiana was not beautiful or vivacious but shy, emotionally needy and lacking in self-confidence. At 17 she married George Howard, Viscount Morpeth, with whom she had twelve children. It was generally thought to be a successful match. 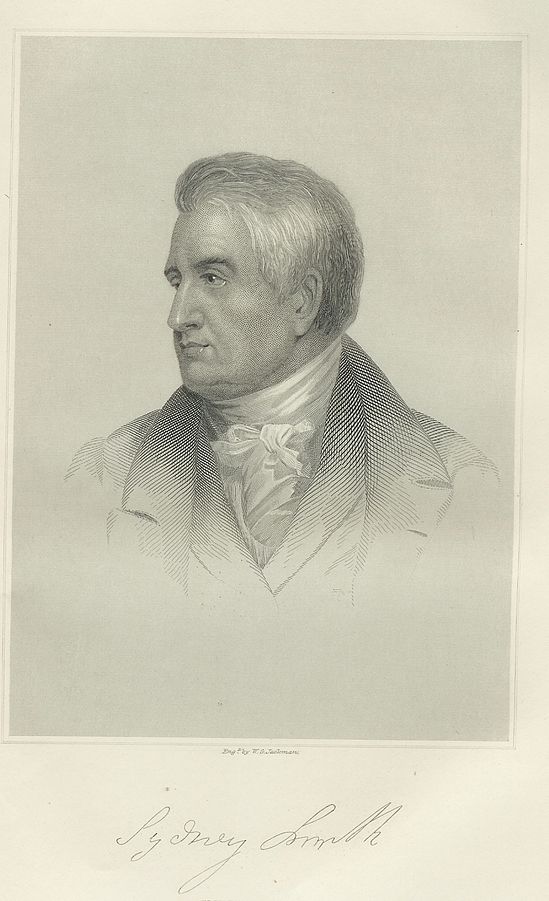 Sydney Smith was born into a mercantile family in 1771 in Woodford, Essex. After Oxford, he intended to train as a barrister but his father opposed him and he reluctantly took holy orders. Smith was a warm character – witty, entertaining and affectionate. He had liberal and progressive views: he supported the education of women, the abolition of slavery, Catholic emancipation and the teaching of practical subjects rather than the classics. Some historians have identified him as a model for Henry Tilney in Jane Austen’s Northanger Abbey.

Smith’s sermons in London were standing room only, and he probably would have stayed there but was granted the living at Foston-le-Clay in Yorkshire.

In 1815 there began a friendship that made a considerable difference to the kind of life that Sydney was leading at Foston. One summer day that year the Smith family’s attention was drawn to a commotion outside the house; they perceived a coach and four, with outriders, plunging in the mud of a ploughed field. It appeared that the coachman had mistaken the road, and men were sent to the rescue. The coach was that of Lord and Lady Carlisle of Castle Howard: they were making their first visit to the famous London wit who had come to live in their neighbourhood. Thus began a wonderful friendship and there was to be hardly a week without a meeting between Sydney and the Carlisles. In later years he was to say, ‘The only one of my Yorkshire virtues which I retain is a sincere regard for Castle Howard and its inhabitants.’1

Smith was a friend to the whole family, including Lord and Lady Carlisle’s daughter-in-law Lady Georgiana Morpeth. His wit is encapsulated in The Smith of Smiths by Hesketh Pearson.