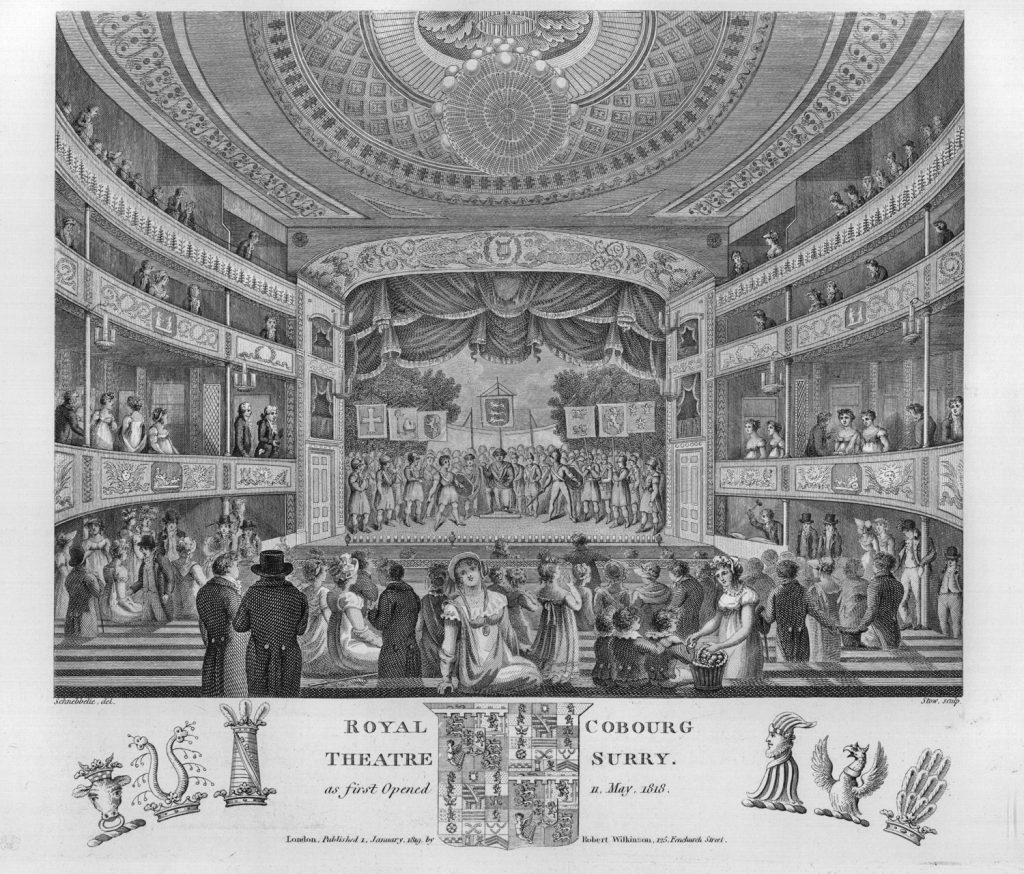 ‘The last scene of Trial by Battle’ shows the interior of the Royal Coburg, with Geralda (centre, front) looking appealingly out of the frame and a cast of medieval-style soldiers on stage, Baron Falconbridge and the honourable smuggler Henrie facing each other off on either side of an adjudicator. From Wilkinson, R. (1819). Londina Illustrata. Vol. 2. London: Robert Wilkinson. Courtesy of Tufts University Digital Collections & Archives.

My article about the extraordinary first performance at the Royal Coburg (now known as the Old Vic) has been published on Vauxhall History.

Trial by Battle by William Barrymore used the story of Mary Ashford and Abraham Thornton as the basis for a medieval-style melodrama. 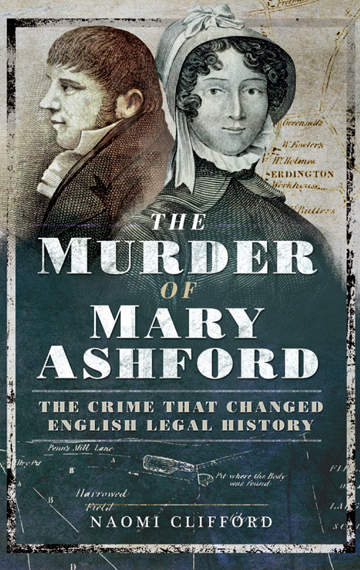