My thoughts lately have turned to how dawn was captured in art in the Long 18th Century, no doubt influenced by my research for my third book, The Murder of Mary Ashford.

Mary Ashford, a farm servant from a poor family, was murdered in the early hours of 27 May 1817 after leaving a party after midnight with a local bad lad and walking about the country lanes with him. He was tried for the crime but acquitted. My challenge was to work out whether he was indeed guilty or, as many believed, whether Mary had died through accident or suicide. One theme that emerges from the story is the number of people who were going about their business in the early hours: farm workers, dairymen and women, road builders.

So, in memory of Mary, here are five images of dawn. In keeping with the reality of Mary’s existence and terrible end, all of them depictions of real scenes (albeit some of them idealised) rather than classical landscapes. 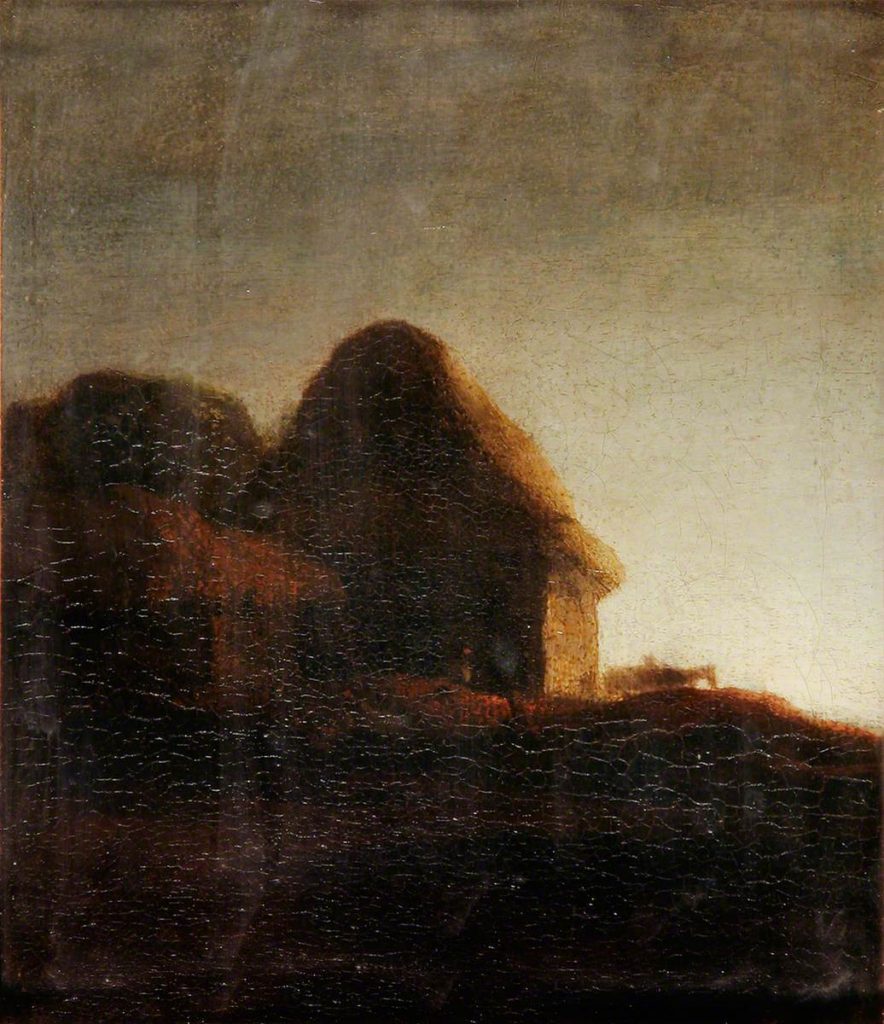 Norfolk artist and teacher John Crome (1768–1821), the son of a weaver, was the founder of the Norwich School of Painters, who mainly concentrated on landscape. He studied Dutch 17th-century painters, but his later work, including this painting, shows an increasing naturalism and an interest in atmospheric effects. The sun coming round the edge of the cottage here makes it look almost on fire. 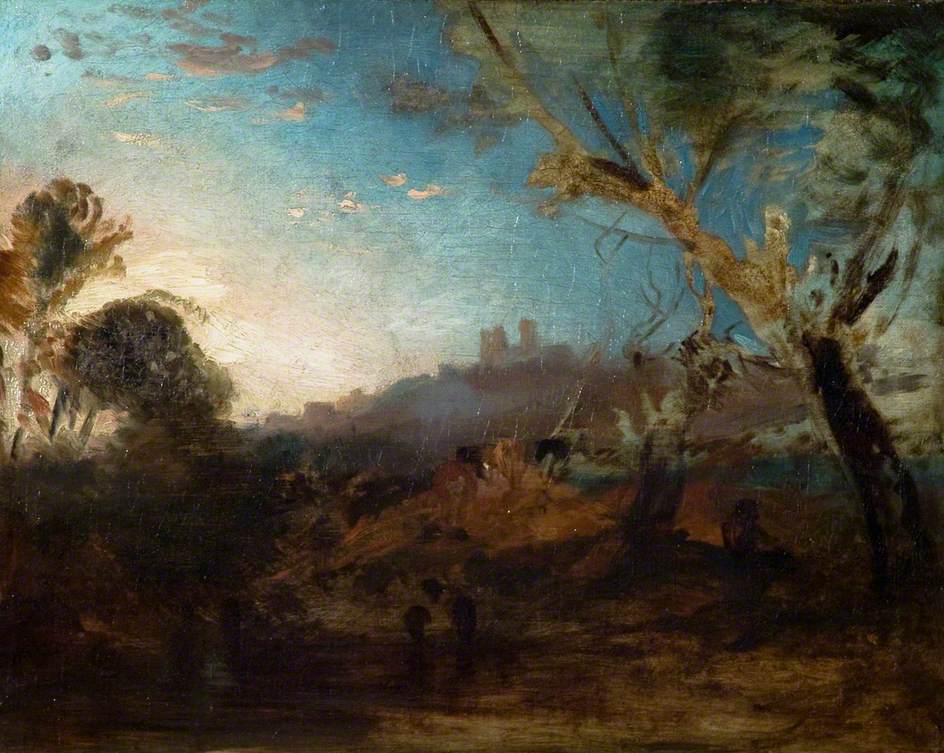 Peter de Wint, A Drover at the Edge of a Wood, Lincoln in the Distance; The Collection: Art & Archaeology in Lincolnshire (Usher Gallery) via Art UK.

Born in Staffordshire the son of an English doctor of Dutch extraction, Peter de Wint (1784–1849) was a prolific painter of landscapes throughout Britain. He first visited Lincoln in 1806 and visited it many times subsequently (his wife was from the city). The image is so dark I am not sure exactly where the drover is in this picture. 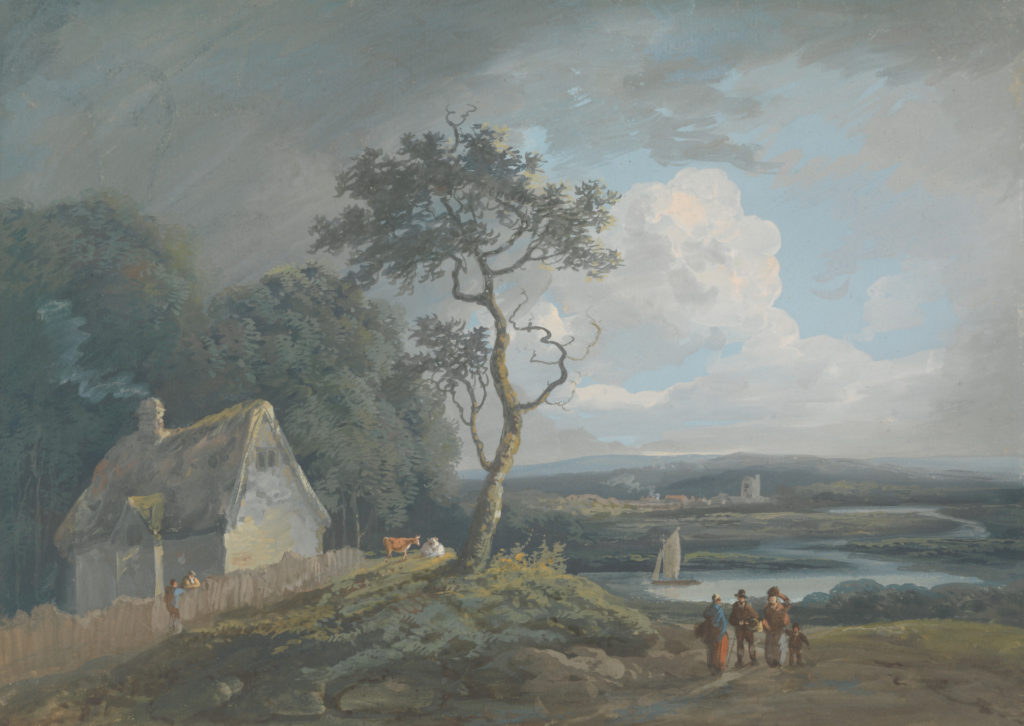 This is one of my favourites and shows a landscape not too different from the one Mary Ashford moved through near Birmingham. There is plenty of activity: a couple with a child greet a woman on the path, boats are on the move on the river, and on the left a cottager and a journeyman converse. The painting has a pleasingly naive quality that makes you believe that it is true to life. John Laport (1761–1839), who was French Huguenot heritage, is thought to have lived in London and Ireland. In 1798 he published Characters of Trees. His interest in them is obvious here.

When his wife started showing symptoms of tuberculosis, John Constable rented a house in Hampstead, then a country village, almost every summer between 1819 and 1826 and in 1827 leased a house in Well Walk. He made many oil sketches of Hampstead views, of which this is one. 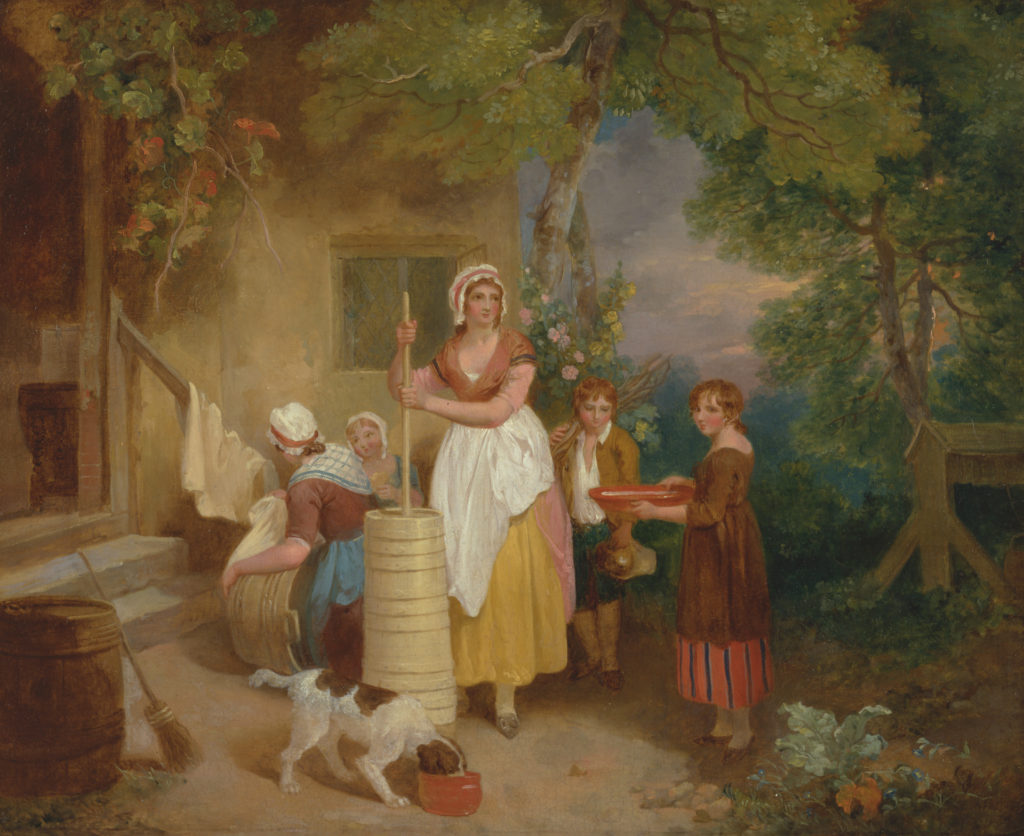 Finally, we have Francis Wheatley’s late summer or autumn-set ‘Morning’ in which women and children start the day as the sun rises beyond the trees. The women churn butter and wash cloths while the youngsters assist by bringing firewood or holding the buttermilk. Mary Ashford, who was a servant on her uncle’s farm at Langley Heath, would have recognised this scene. She regularly took butter and eggs into Birmingham to sell at the market there, and did so on the morning before she died.