Mr and Mrs Dignam’s maid Margaret Garey was leaving their service, and without a replacement, the household could not function. Who would sweep the hearths, boil the linens, cut the candlewicks, air the beds?

We don’t know the circumstances of Melinda Mapson’s hiring. She may have been recommended by someone equally dishonest or someone who had themselves been taken in by her. Perhaps she had someone forge her a good letter or introduction or character. Perhaps 30-year-old Melinda Mapson1 was just highly plausible. She must have seemed respectable and trustworthy, at the very least. 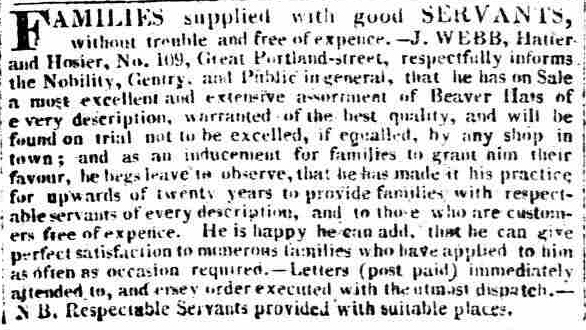 Beaver hats and servants. The Morning Post, 7 February 1809 © The British Library Board

She told the Dignams she was  married to a man who was away at sea and who sent her 4 shillings a week. 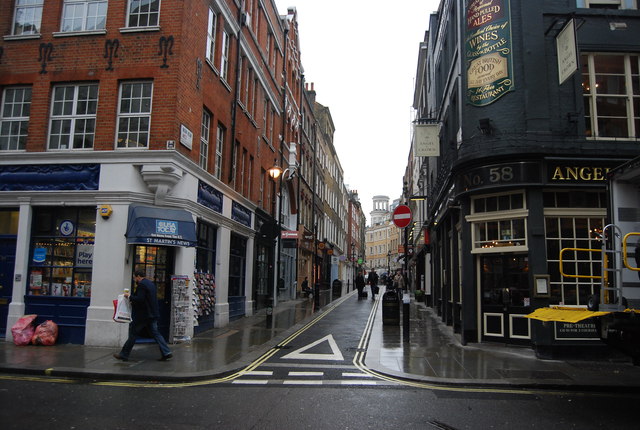 Melinda arrived at the Dignams’ house at 5 New Street, Covent Garden at 9pm on 10 February 1809. Ann Dignam 2 showed her the house and explained her duties. Before retiring to bed, she asked Melinda to open the door for her husband William, a grocer with premises in York Street (now part of Tavistock Street), when he returned from his club, to put out the kitchen fire and to rouse her the next morning at 6.45. When Mr Dignam came home some time after 11pm, he greeted his new servant, said he hoped she would like her place and went up to bed.

Melinda did not go to bed. Instead she spent the whole night gathering up the Dignams’ most portable and valuable belongings, including a large counterpane, which she may have used to bundle the goods up in. Before first light she decamped via the front door (leaving it slightly ajar), possibly assisted by an accomplice: her haul was large and heavy. Although she later said she went to her lodgings in Temple Bar, perhaps she hid out in St Giles, the notorious den of thieves and prostitutes a stone’s throw from Covent Garden. 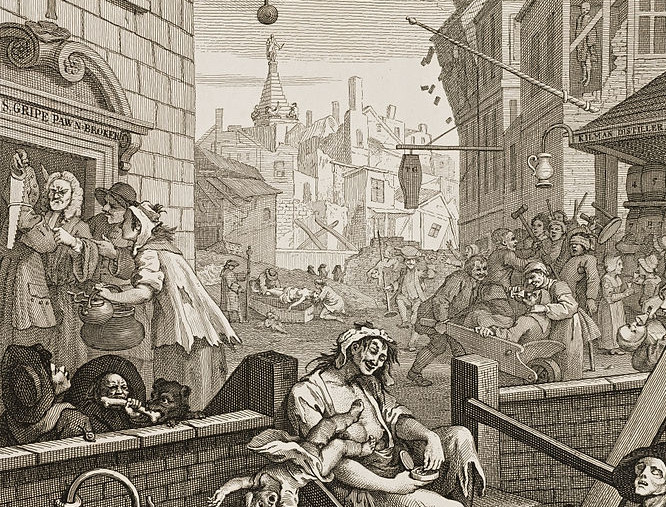 The following morning, Mrs Dignam lay in bed, waiting in vain for her morning call and eventually she got up to investigate. The servant’s bedroom was empty and the bed stripped of sheets. Down in the kitchen, she discovered the fire still burning and door open. In all, the Dignams had lost two pairs of boots, tea, sugar, soap and candles from a locked drawer, tablecloths, silk handkerchiefs, bed linen, curtains, a timepiece, gowns and many items of silverware: a punch ladle, tablespoons, teaspoons, a tea caddy shell, sugar tongs. Margaret Garey’s locking box, which had been left with the Dignams for collection the next day, had been broken into and her gowns, petticoats, stockings and shifts were missing. As they went from room to room assessing the damage, the Dignams tracked the evidence of Melinda’s misdoings: drawers cut open, drips from the tallow candle on the floor, disarray everywhere.

Using a false name, Melinda soon exchanged the goods for “duplicates” (pawnbrokers’ receipts) at dealers in Whitechapel, the City and High Holborn, after which she melted back into the metropolis. It was not until ten months later that her whereabouts were discovered. Joseph Snow, a Newington constable, arrested her at the Waggon and Horses in near Elephant and Castle for another crime, connected her with the raid in New Street and asked Mr Dignam to come and identify her. He did, of course. A red pocket book was found on her person containing duplicates for items belonging to the Dignams, and more were discovered at her brother’s place at an old clothes shop in Rosemary Lane, Whitechapel, added to the weight of evidence against her.3 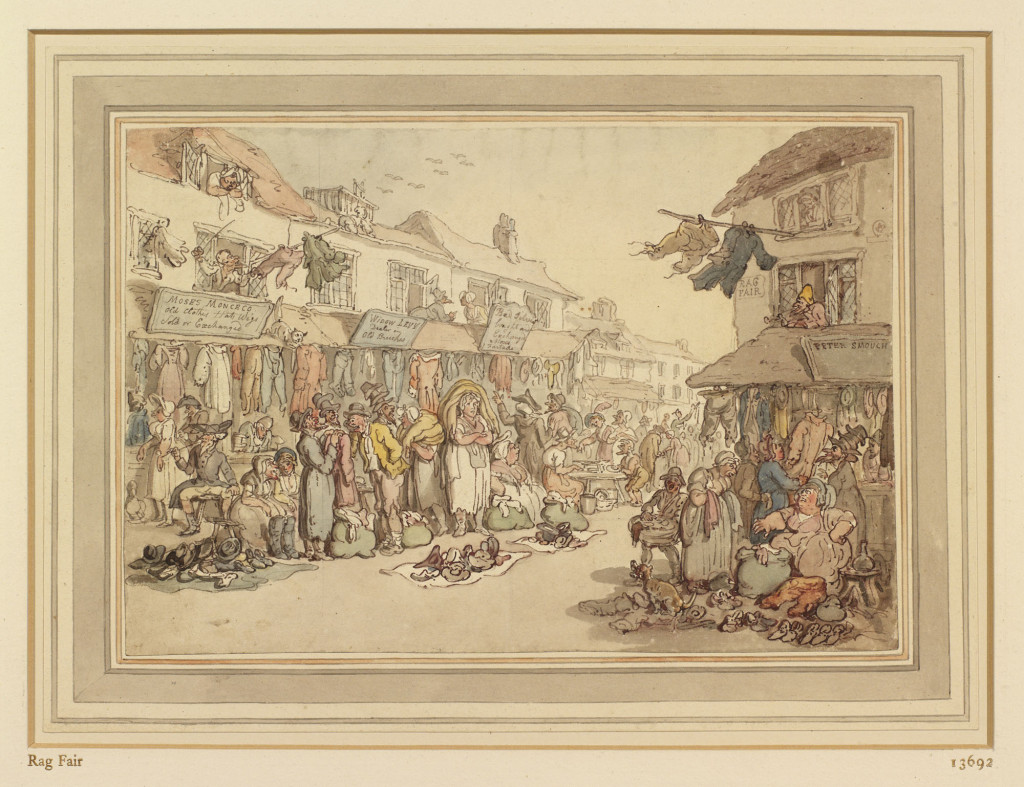 Melinda was charged with burglary (robbery took place in the daytime, burglary at night, the darkness adding a layer of threat, and seriousness, to the crime). Burglary violated the sanctity and security of the home and put the inhabitants at risk of attack. Melinda left the door open and by doing so had left the Dignams at risk of further burglaries. Perhaps she had done so in order to be able to blame the Dignams for their own lax security, should she need to defend herself in court. Her crime came under the category of “stealing from a dwelling house”. If she was found to have taken goods worth 40 shillings or over, she would be condemned to death. 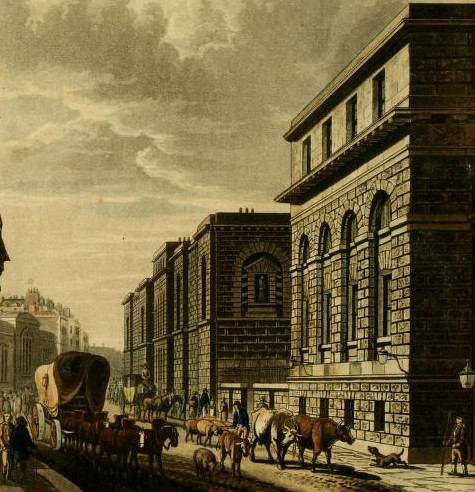 Melinda appeared at the Old Bailey on 11 April 1810 before Mr Baron Thompson, described by Sir Samuel Romilly as “as conscientious and as intelligent a judge as ever sat on the bench”4 The Dignams, Margaret Garey, the pawnbrokers and Joseph Snow and his father Thomas (also a constable) gave evidence against her. As soon as the prosecution case had finished, the judge was careful to establish the value of the goods taken.

Thompson to Mrs Dignam: All these things that are found, what value do you put upon them?

Mrs Dignam: I think they are worth more than 40 shillings.

Thompson to Mrs Dignam: Whereabouts was the value of all the property that you lost?

It was not unknown for juries to value stolen property at below 40 shillings, especially when the defendant was female.

Melinda’s defence included the claim that her husband had come to the house and forced her to participate in the robbery.

The door was never fastened. Mr Dignam went to bed and left me in the kitchen. There was someone knocked at the door. I opened the door. It was my husband. He swore if I resisted in letting him come in he would take my life. Accordingly he came in and my fright was so great that I went out of the house and went to my lodgings near Temple Bar. He brought the property in question home, and made away with it as he thought proper.

The law on female culpability in the presence of a husband was notoriously hazy, but the general rule was that a married woman could not be held accountable for illegal acts done in the company of her husband (unless he could prove himself blameless). Perhaps Melinda mentioned her sailor husband to Mrs Dignam for the purpose of using him as a defence later, should she be arrested.

The jury rejected Melinda’s explanation and found her guilty. As the law held that stealing goods over the value of 40 shillings from a dwelling house was a capital offence, Baron Thompson pronounced sentence of death. Although burglary was a common crime, there was no respite for Melinda. Perhaps the value of the goods taken, the premeditation the crime necessarily involved and Melinda’s gender told against her, or perhaps it was merely time to make an example of her to deter others. The last female execution for stealing in a dwelling house had been almost two years before: the horrific case of Mary Chandler, who stole from her master’s house and set fire to it, killing one child and injuring another.

Two months after Melinda’s trial,6 on 13 June, she was hanged at Debtor’s Door outside Newgate, alongside Richard Jones, found guilty of fraud.

The man appeared a wretched squallid [sic] figure, in the dress of a sailor, stupidly insensible to the horror his situation; while the woman [Melinda Mapson] was shook almost to premature dissolution by her feelings. A very great concourse of idle spectators attended.”7 Apart from her listing among the Methodists buried at Spa Fields, Islington, Melinda left little trace she was ever in the world. 8