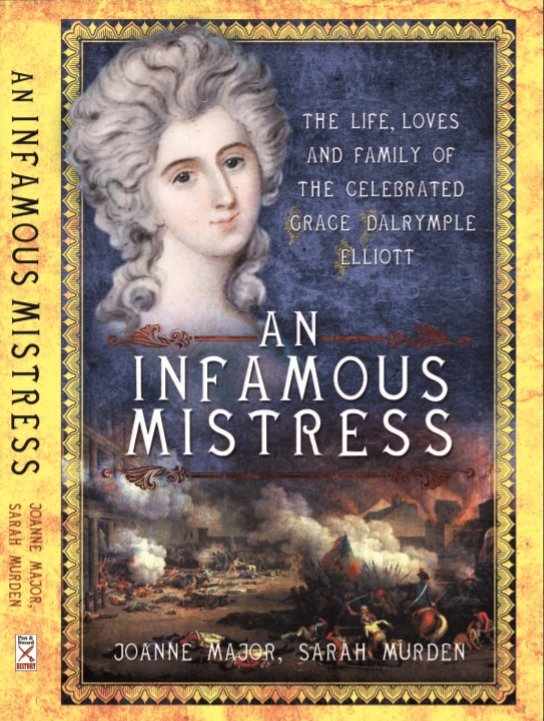 This is the most complete biography of a figure who is largely forgotten in histories of the late 18th century. Women’s voices, of course, are seldom quoted in conventional histories, and courtesans, although famous in their day, have had even few advocates. Harriette Wilson, who bedded the Duke of Wellington and myriad others, famously wrote her memoirs, offering to leave out names for a consideration (it was a sort of friendly blackmail) but there were not many others.

Grace Dalrymple Elliott was not like Harriette or indeed Emma Lyons (later Hamilton), both of whom were from humble backgrounds. She was well born and well connected (her father was an Edinburgh advocate who abandoned his family when Grace was a child). Tall (her nickname as Dally the Tall) and stunningly beautiful, she had natural charm and intelligence.

Of course, as a female, Grace’s options in life, even as a member of the gentry, were limited. She married young (aged 17) and, worse, married the wrong person (a rich and much older society doctor) and then had an ill-judged affair and was promptly divorced when scarcely legally an adult. As a divorced woman she was a social outcast and there was only really one way to go: liaisons with Lord Cholmondeley, the Prince of Wales and the duc d’Orléans followed. She bore a child who was widely accepted to be the Prince’s daughter.

In order to receive a maintenance allowance from the Prince, Grace was forced to live abroad. She had been educated in France and spoke the language well so off to Paris she went, but before long she was struggling to survive amidst the Revolution and subsequent Terror. This is where her story becomes truly remarkable.

An Infamous Mistress: The Life, Loves and Family of the Celebrated Grace Dalrymple by Joanne Major and Sarah Murden