On 17 January 1818, a woman entered George Howard’s confectioners shop at 36 Princes Street in the Soho district of London. She had come to buy cakes and in payment she offered a £1 note.

As was standard practice, Mr Howard asked for the woman’s name and address.

“Mrs Jones. My address is Windmill Street,” she said.

Howard duly wrote the details on the the note.

A one pound note issued by the Bank of England in 1818. Courtesy of www.martelmaidesauctions.com

Shortly after this, at 6 Leigh Street, near Red Lion Square, “Mrs Jones” was arrested. She was not Mrs Jones (of course) but Harriet Skelton, a 33-year-old upholsterer living with her brother.

Within days, she was in the dock answering to eight felony charges involving fraud and counterfeiting.

Harriet had been dragged reluctantly into fraud. As she later told the prison reformer Elizabeth Fry, who encountered her on a visit to Newgate, she had had a poor start in life. Orphaned at three, she was fostered by a respectable family until the age of 15 and then entered service. She married John Skelton in 1809 but the relationship was a disaster, ruined by his alcoholism. He abandoned her and refused to maintain her, so she was relieved when her brother Beamsley (sometimes Burnsley) Goodluck offered let her stay with him. It was only after she moved in, in late 1816, that she discovered that Beamsley was engaged in the passing of forged notes, claiming that he was only doing so in order to clear a £60 debt. For more than a year, despite his pleas, she refused to become involved but eventually, to keep him out of debtors’ prison, she may have raised money through prostitution but then relented and agreed to pass £5 notes for him. By this time, her husband was back on the scene. 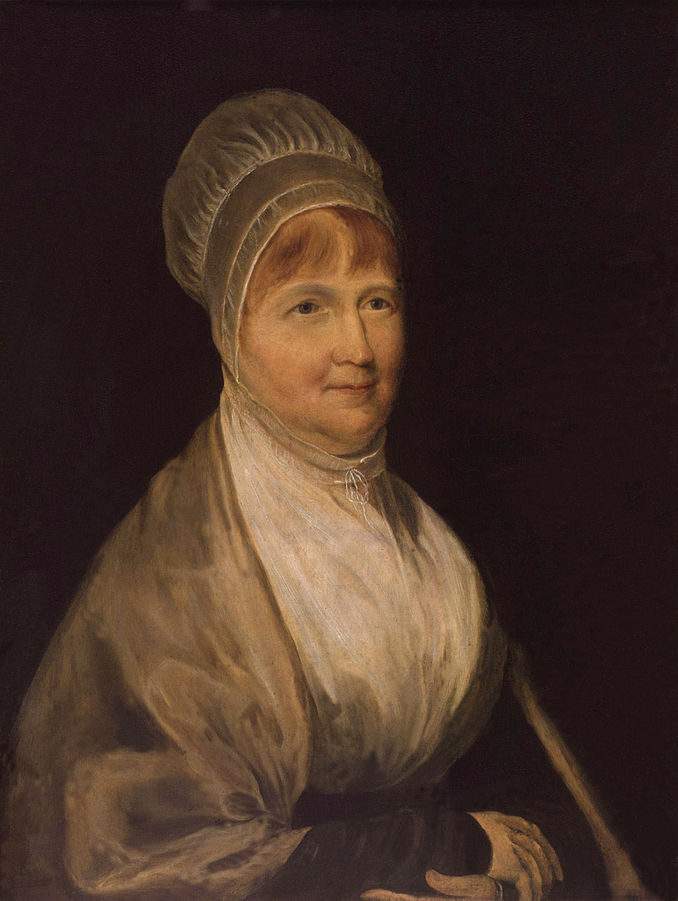 Harriet’s purchases with the counterfeit notes included three twelfth night cakes1 (10s 6d each), a pound of tea, a length of flannel (18s) and two pelisses. They were relatively low-cost items, so that as much change as possible could be given back by the shopkeeper. On the presentation of each note, she gave a false name and address.

In prison Fry was struck by Harriet’s demeanour, which marked her out from most of the other prisoners. She was, she wrote, of “particularly prepossessing appearance.”

A very child might have read her countenance, open, affectionate, and confiding; expressing strong feelings, but neither hardened in depravity, nor capable of cunning.2

Before the trial, Skelton wrote to the Bank of England to explain her role in the crime.

as my character is considered as particularly bad and my case very flagrant… Guilty as I am, and deservedly involved in disgrace, I am not guilty to that extent which is supposed…. I never lived in any house of ill fame kept by my brother or anyone else…. Part of my time was employed at my business of doing upholstery work of the house which was furnished by my brother…. I confess that my motive was not the good of the public but to gratify a desire of revenge on the part of my brother whose advice I sincerely regret that I followed…. I hope these few remarks will convince you that I am not so abandoned a character as you suppose.3

Whether encouraged by Fry or because she genuinely believed she had a chance of getting off the charges, she turned down the Bank’s offer of a plea bargain whereby she would be transported if she pleaded guilty.4

That decision was catastrophic. While she stood in the dock, a parade of shopkeepers from Piccadilly, Titchfield-street, High Holborn, Houndsditch, Aldgate and Soho gave incontrovertible evidence against her and were backed up by bank inspectors who judged the forgeries to be “forged in every respect, both the plate, paper, and signature”.5 The arresting police officer William Salmon told the court that, “I found some cake locked in a cupboard on the ground floor”. The jury found her guilty of uttering (the passing of false documents for fraud) and Justice Burrough passed sentence of death on her.

Fry was deeply shaken by the verdict and on 19 April called on the Home Secretary, Lord Sidmouth, to appeal for mercy for Harriet and for two other condemned women, Charlotte Newman Mary Ann James (both convicted of forgery). A heated argument ensued and Fry left Sidmouth’s office disappointed. 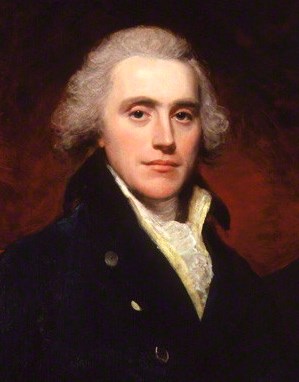 A few days later, Fry’s friend Prince William, the Duke of Gloucester (married to Princess Mary, daughter of George III), accompanied her on a visit to Newgate where he talked in private to Harriet for nearly an hour. She was said to have admitted the crime but in her defence asserted that she had been entrapped into it by her “near relative” (her brother) and that she had only been engaged in uttering for five weeks before she was caught. The Prince then went with Fry to the Bank of England to plead Harriet’s cause but the Bank officers were intransigent. 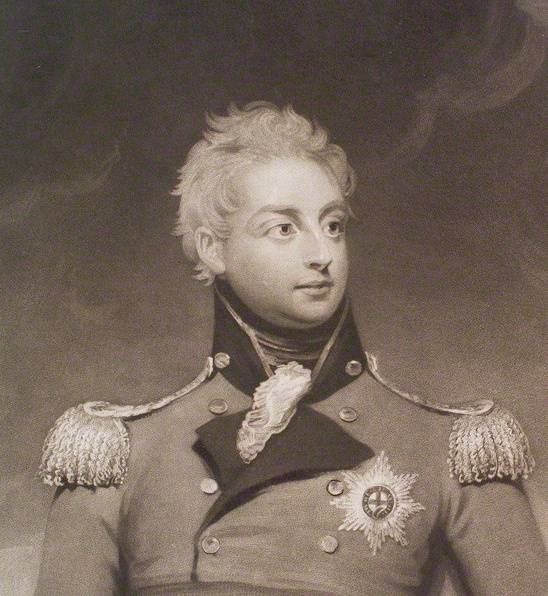 Prince William, The Duke of Gloucester, nephew and son-in-law to George III, , in an engraving based on a portrait painted by Sir William Beechey, published 1826. He visited Skelton in the condemned cell of Newgate.

During the day before the execution, Mr Cotton, the Ordinary of Newgate, had offered Harriet and John Ward, another condemned forger, the sacrament, but she was too distressed and Ward fainted. By the evening, they were resigned and were able to participate. Harriet wrote a last letter to her foster family in which she spoke of the shame of her ignominious end and expressed repentance.

The Rev Charles T. Mileham stated that her last words before approaching the scaffold outside the debtors’ door at the Old Bailey on the morning of 24 April were, “God be merciful to me, a sinner”.6

The episode was recalled by Fry’s daughters in their memoir of Fry’s life.

She was ordered for execution – the sentence was unlooked for – her deportment in the prison had been good, amenable to regulations, quiet and orderly; some of her companions in guilt were heard to say, that they supposed she was chosen for death, because she was better prepared than the rest of them.7

As they stood together in front of the small crowd, Ward embraced Harriet. He was “launched into eternity” first. Then it was Harriet’s turn. She had to be supported by two or three people, but she died without a struggle. After some time their bodies were taken down and given to relatives.

The next edition of The New Bon Ton Magazine, or The Telescope noted the “alarming increase in executions for forgery” and offered a number of remarks on the “paltry and unfeeling conduct of Messieurs the Bank Directors.”

We have no doubt that very day [of Harriet and Ward’s executions], all the tribe of bloated brokers dined, or rather crammed, with their usual appetites.8

The cases against Harriet’s brother and husband were not pursued.