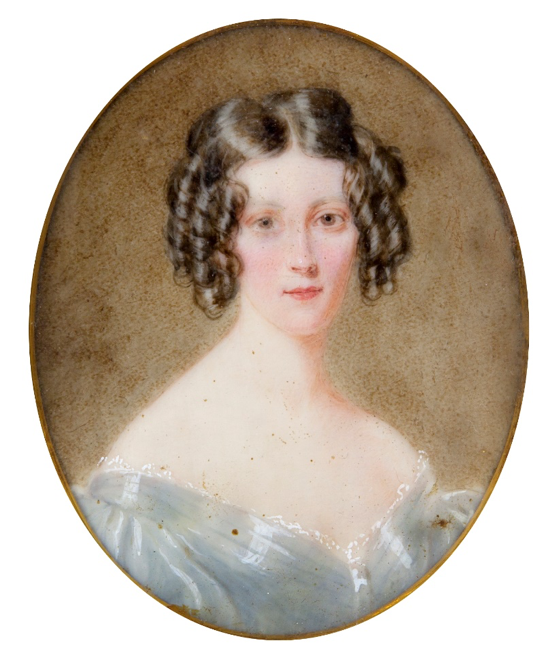 Lady Georgiana Lennox, or Georgy as she was known to her friends and family, was born in 1795, the third daughter of the 4th Duke and Duchess of Richmond. She was one of 14 children who made up the large and unruly Lennox family. The Lennoxes were plagued by money troubles but nonetheless enjoyed the aristocratic lifestyle of the day.

It was in 1806 in Dublin that Georgy was first introduced to Sir Arthur Wellesley (he was made Duke of Wellington in 1814), when he took up the position of Chief Secretary of Ireland under Georgy’s father, who was Lord Lieutenant of Ireland. He had recently returned from fighting the French in southern India and had married his long-term love interest Kitty Pakenham, although the marriage was not turning out to be successful.

Georgy and her sisters were enthralled by the young and handsome army hero. The ‘Great Sir Arthur’, as they called him, spent only six months in Dublin – he was called to greater fame and fortune in the Iberian Peninsula – but while he was in Dublin he enjoyed getting to know the Lennox family. Every morning he would ride across Phoenix Park with Georgy on his way to his office. Despite their 26-year age gap, they developed a friendship that lasted until the Duke’s death in 1852.

In 1814, in an attempt to save money, the Lennox family moved to Brussels. With Napoleon languishing in exile on the island of Elba, Europe was no longer a theatre of war. Living was cheap and a strong expat community flourished. Little did anyone know that the following year Belgium would play host to the most important battles of the 19th century, the Battle of Waterloo. 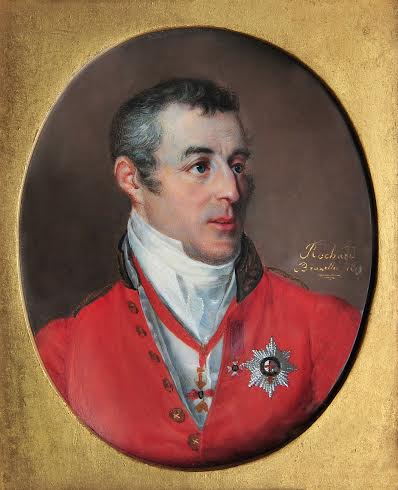 The Duke of Wellington gave this miniature by Simon-Jacques Rochard to Georgy at a dinner held before the Battle of Waterloo. Image © Alice Achache

It was Georgy’s mother, the Duchess of Richmond, who threw the now legendary ball on 15 June 1815 while Brussels was in a state of high tension as Napoleon’s army was a mere 30 to 40 miles away. It was a glittering affair with around 200 people in their finest clothes or military uniforms. At dinner Georgy had the honour of sitting next to the Duke of Wellington, an indication of how close the two had become. He gave her a miniature portrait of himself, an object she treasured forever.

In the early hours of 16 June, shortly after dinner ended, Lt Harry Webster, mud-splattered after riding for hours, entered the ballroom bearing a note. The Duke soon afterwards began to give orders for the coming battle.

News spread quickly throughout the revellers. Georgy dashed up to the Duke to ask him about the rumours of an imminent battle. She later recounted in her memoirs:

‘He said very gravely “Yes, they are true; we are off tomorrow.” This terrible news was circulated directly, and while some of the officers hurried away, others remained at the ball, and actually had not time to change their clothes, and fought in evening costume.’

Soon after this, Wellington and Georgy’s father slipped away to the library to examine one of Richmond’s maps. Wellington marked a spot near the village of Waterloo and stated, ‘I must fight him here.’

Over the next three days Wellington led the Allied forces, aided by Blücher’s Prussian forces. During the battle Georgy and her sisters helped with the casualties coming in from the front. They made cherry water for convalescents and scraped lint (it was used to dress wounds). Those left behind waited anxiously to hear news. On the third day victory was declared, but it had been dearly bought. Both sides had seen a shocking loss of life with at least 23,000 Allied dead and 25,000 French killed or wounded. The Duke had lost many fine officers who had served him loyally throughout the Peninsular Wars. Georgy was lucky that her brothers and father were safe and that most of her close friends had survived.

After Waterloo Georgy and Wellington’s friendship continued. There has always been some conjecture as to the nature of their relationship, although no archival evidence has been discovered to indicate that it was anything more than a strong flirtation.

Somewhat unusually for the time, Georgy did not marry until she was 29. When she did, she married for love, falling for the kind and charming William Fitzgerald de Ros, who later inherited the title of Baron de Ros from his brother. Georgy and William went on to have three children and the de Ros and Wellington families continued on close terms until old age.

Until now, historians have not given Georgy’s connection to the Duke much as examination as his more famous female companions such as Harriet Arbuthnot or Angela Burdett-Coutts. I sought to rectify this five years ago when I was offered the chance to study the Duke’s unpublished letters to Georgy. They revealed thrilling new aspects to the Duke’s character and to his friendship with women in general and tell of a Duke far more familiar, relaxed and even flirtatious than he is now remembered. They also reveal Georgy’s personal journey, the story of an aristocratic Regency woman who lived a happy and adventurous life to the full. 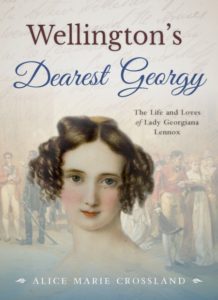 Wellington’s Dearest Georgy is available online and in bookshops. The Kindle e-book is currently on sale for the next few weeks and is only £3.98!

Find out more about the life of Lady Georgiana Lennox at www.georgiana-deros.co.uk.

Alice Marie Crossland specialised in 19th Century British Art at University College London. She worked with the Wellington family on the catalogue of portraits Wellington Portrayed, which was published in 2014. She has since worked at the National Gallery London and Royal Academy of Arts and in 2016 published her first biography Wellington’s Dearest Georgy: The Life and Love of Lady Georgiana Lennox. Find out more at www.alicemariecrossland.com.