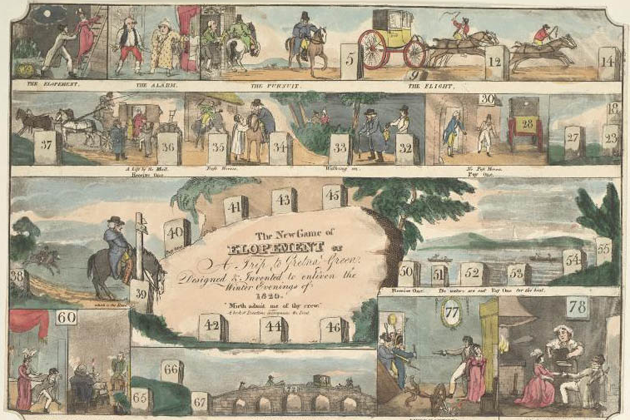 This elopement-themed board game, is described as

“New game of elopement or A trip to Gretna Green. Designed & invented to enliven the winter evenings of 1820”

All the elements of the trope are there: running off in a chaise, pursuit by irate male relatives, the close shave, and finally marriage at the anvil in Gretna Green.

It is clear that although elopement affected comparatively few families, it was established in the collective consciousness. I can only compare it to the rare but worrying occurrence of teenagers running to meet people they have only previously encountered on the internet.

(Elopement, however, provoked more sniggers and not a little schadenfreude.)