I am delighted to introduce, to those of you who have not yet met her (there can’t be many), the wonderful Catherine Curzon aka Madame Gilflurt, the esteemed salon hostess. Catherine has an exciting new book out: Life in the Georgian Court. My copy is on order and yours should be too. Keep reading to find out more.

So, without further ado, I’ll leave you in Madame G’s capable hands. As she explains, something is not right in the Cumberland household… 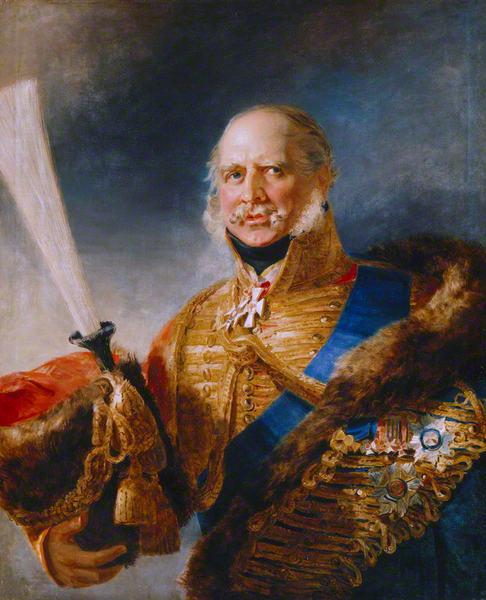 Ernest Augustus I of Hanover by George Dawe

In stark contrast to their father, George’s sons assembled a litany of shocking tales. From the embarrassment of the Delicate Investigation, which laid bare the sex life of the Princess of Wales, to the Duke of York’s involvement with Mary Anne Clarke, who sold army commissions to support herself as the Duke’s mistress, to the Duke of Clarence, later William IV, who was living openly with his mistress and a legion of illegitimate children, there was never a dull moment. But perhaps most shocking of all came in 1810 when the Ernest, Duke of Cumberland, was implicated in the suicide of his valet, Sellis.

“It is with regret and horror we have to announce an horrid attempt which was made, at a very early hour yesterday morning, to assassinate his Royal Highness the Duke of CUMBERLAND, by a villain, an Italian of the name of SELLIS, one of the pages of his Royal Highness.”1

According to the oh-so-innocent Duke of Cumberland’s account, he was contentedly slumbering in his bed in the early hours of 31st May 1810 when he was attacked. Struggling to his feet, the bewildered Duke was bludgeoned and slashed in the leg with a blade. Somehow he managed to fight off his unknown attacker and raise the alarm, summoning the household to his aid and doing his best to tell them what had happened. By the time help arrived the assailant was nowhere to be seen and, when the staff assembled, neither was the Duke’s valet, Joseph Sellis. That same morning Sellis was found dead in his own locked room where “he was found to have cut his throat cut in such a manner, as nearly to have severed his head from his body”.2

The public, however, were not so sure and unsurprisingly rumours soon began to spread about the true fate of Sellis. Perhaps the duke had been slipping Mrs Sellis the occasional treat and had her husband killed when they were discovered, or maybe the object of the Duke’s affections was Sellis himself, who had been slain by his noble lover after he had made an attempt at blackmail. Whatever the truth, it was one more blow to the moral authority of the sons of the King and the public looked to George as the example of how to behave, the paragon of sovereign virtue.

As for Cumberland, his own particular locked room mystery remained for ever unsolved.

Catherine Curzon is a royal historian, and blogs on all matters 18th century at A Covent Garden Gilflurt’s Guide to Life.

Her work has been featured by publications including BBC History Extra, All About History, History of Royals, Explore History and Jane Austen’s Regency World. She has also provided additional material for the sell-out theatrical show, An Evening with Jane Austen, will she will introduce at the Royal Pavilion, Brighton, in September (tickets are available here).

Catherine holds a Master’s degree in Film and when not dodging the furies of the guillotine, she lives in Yorkshire atop a ludicrously steep hill.

Her book, Life in the Georgian Court, is available now from Amazon UK, Amazon US, Book Depository and all good bookshops! 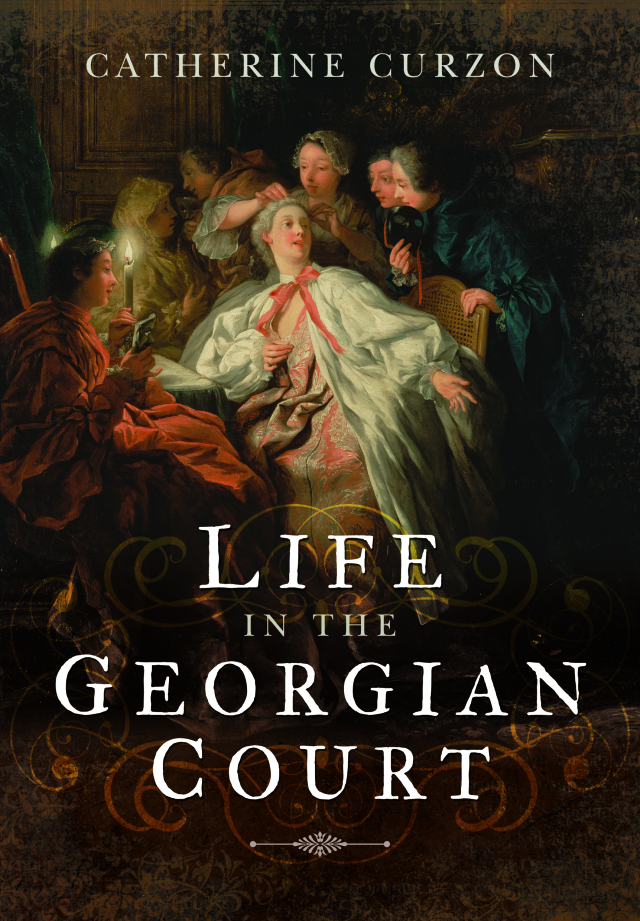 About ‘Life in the Georgian Court’

As the glittering Hanoverian court gives birth to the British Georgian era, a golden age of royalty dawns in Europe. Houses rise and fall, births, marriages and scandals change the course of history and in France, Revolution stalks the land.

Peep behind the shutters of the opulent court of the doomed Bourbons, the absolutist powerhouse of Romanov Russia and the epoch-defining family whose kings gave their name to the era, the House of Hanover.

Behind the pomp and ceremony were men and women born into a world of immense privilege, yet beneath the powdered wigs and robes of state were real people living lives of romance, tragedy, intrigue and eccentricity. Take a journey into the private lives of very public figures and learn of arranged marriages that turned to love or hate and scandals that rocked polite society.

Here the former wife of a king spends three decades in lonely captivity, Prinny makes scandalous eyes at the toast of the London stage and Marie Antoinette begins her last, terrible journey through Paris as her son sits alone in a forgotten prison cell.

Life in the Georgian Court is a privileged peek into the glamorous, tragic and iconic courts of the Georgian world, where even a king could take nothing for granted.