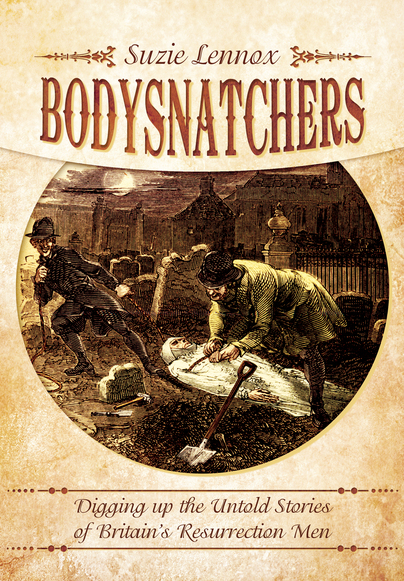 Suzie Lennox travelled far and wide in Scotland and England to investigate stories of bodysnatching and to document the unusual buildings or structures in graveyards to prevent it. This grisly business grew up in order supply the rapidly expanding anatomy schools with bodies for dissection. Without them, many of the advances in medicine seen during this period would have been much delayed.

The poor, whose bodies were naturally most at risk from bodysnatchers, were deeply worried by the idea of dissection, which was associated with the postmortem punishment inflicted on the bodies of murderers. When the law changed in 1832 they were still at risk: now unclaimed bodies in workhouses and hospitals could be donated to medical schools. Even then, there was a shortfall and bodysnatching persisted.

Lennox’s thorough exploration is riveting and she has done a stirling job in researching every aspect, from the perpetrators to the surgeons, to the mortsafes and other preventative measures families took to protect the corpses of their loved ones.