It’s July, it’s raining for days and I’m shivering. So, to cheer us all up and in hommage to the joys of the British summer, here are five images from the long 18th century related to the season.

Let’s start with an idealised bucolic scene (undated) by the London-born painter and illustrator Richard Corbould (1757–1831), illustrating a line from the poet James Thomson’s The Seasons:

and by turns relieves

The ruddy milkmaid with her brimming pail; 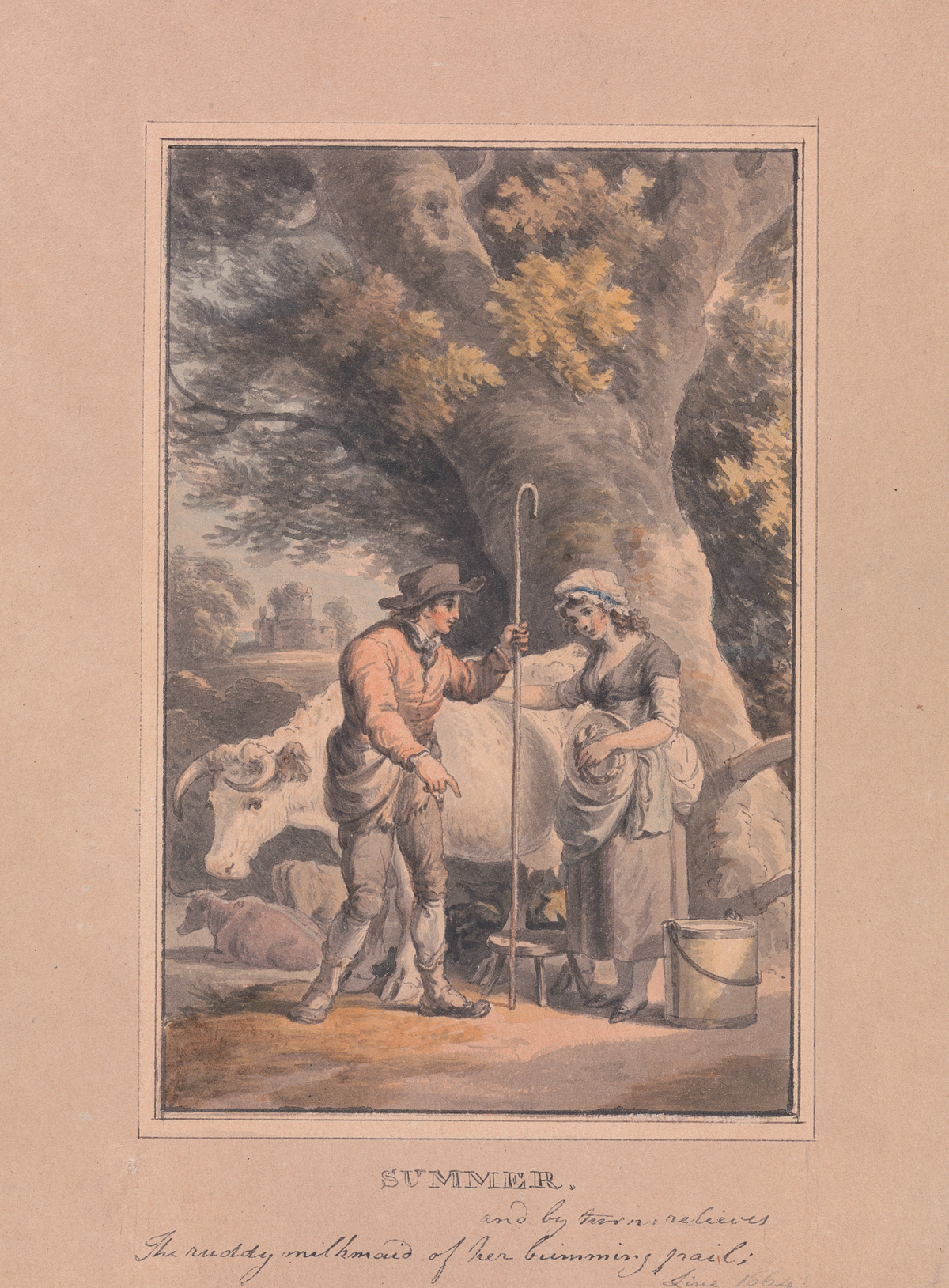 Thomas Rowlandson was more knowing. He has to be my favourite Georgian artist: so vital and and (often) so naughty. Even when the participants in the scene look as if they are behaving respectably, he manages to suggest that that will change the minute you look away. I’ve got a feeling this Shakespearian-y group (note the flute and the leggings) will shortly be very much inspired by the nature around them. 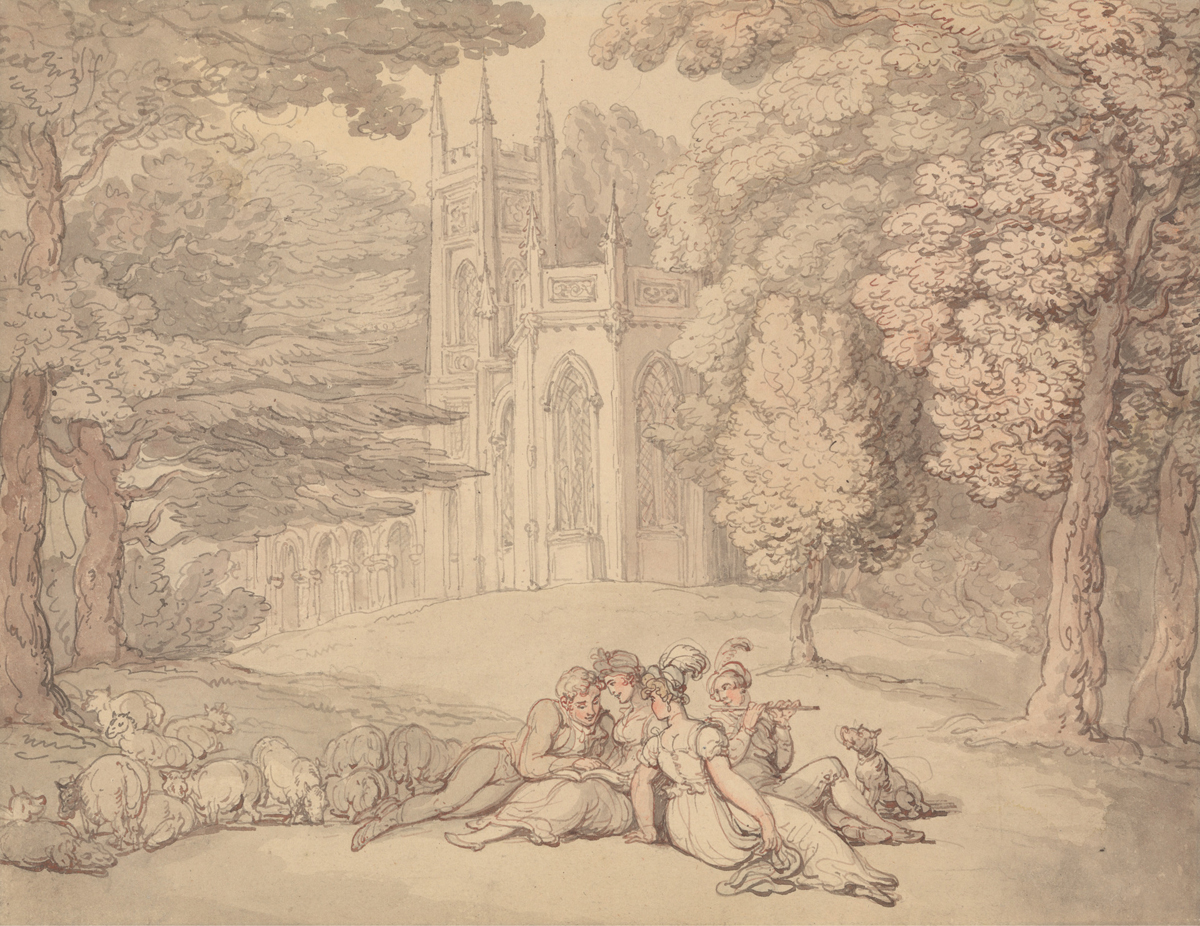 In his early career, James Ward painted anecdotal genre scenes, such as this 1800 work titled The Reapers (but also known as The Gleaners). I am not sure how to interpret the story, but note the tension between the players and the lowering sky. The elevation of the genteel woman on her horse is in direct opposition to the poor woman working on the wheat sheaves. Despite the difference in their dress, they look as if they could be related (did Ward use the same model?). I am very fond of the sleeping baby in the bottom left. The summer harvest was a busy time and women had to squeeze in work around family duties. 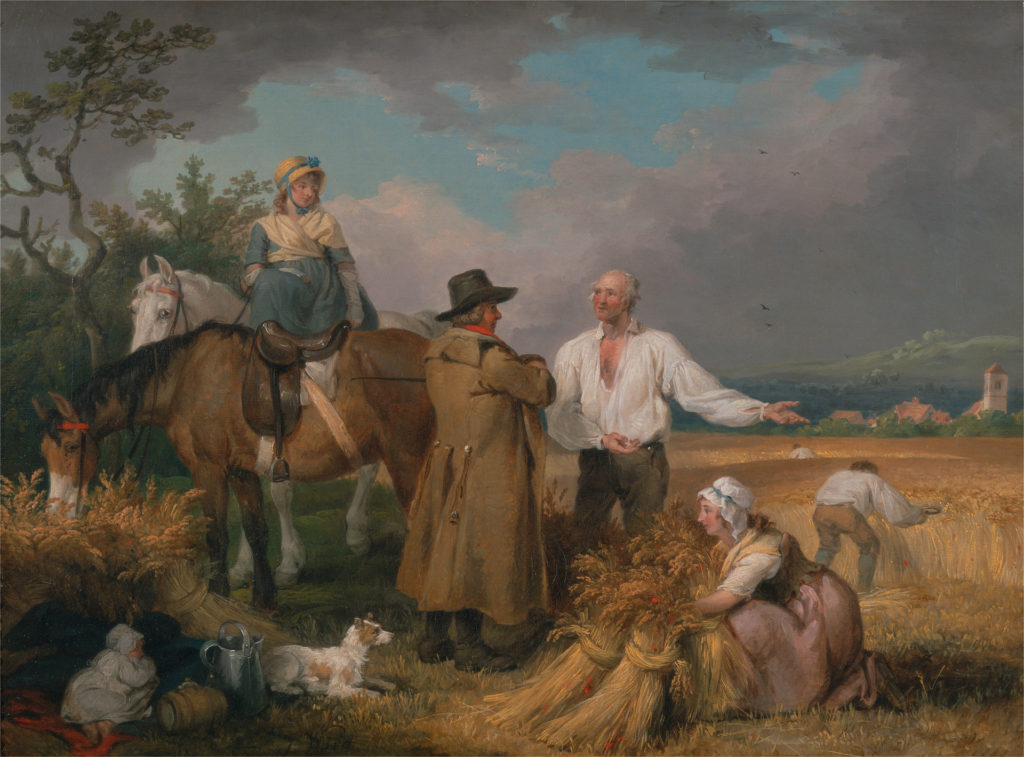 I love The Summer Room in the Artist’s House at Patna by Sir Charles D’Oyly (1781-1845), created in 1824 for D’Oyly’s sister Mrs Snow. The warmth and light in the scene show clearly that we are not England, but it’s only the tigerskin rug and the hookah that suggest it is India. D’Oyly was born there and spent 40 years of his life in the service of the East India Company. His various roles included Opium Agent of Bihar, perhaps appropriately enough. 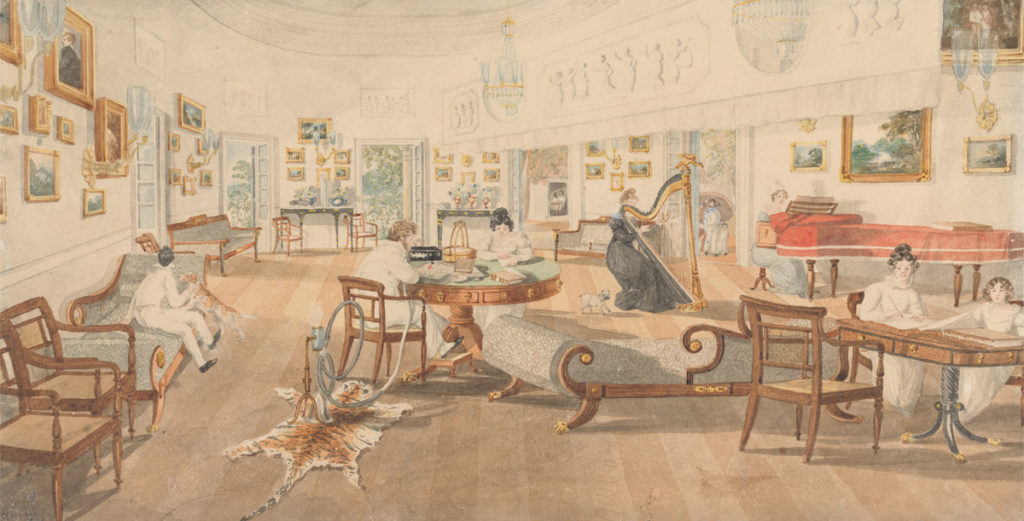 And finally, back to the summer rain… This cartoon pokes fun at contemporary fashion extremes (for caricaturists an age-old butt, if you excuse the pun) but also perhaps (well, for me at least) it’s an illustration of how women provide physical and metaphorical protection against the vicissitudes of life. 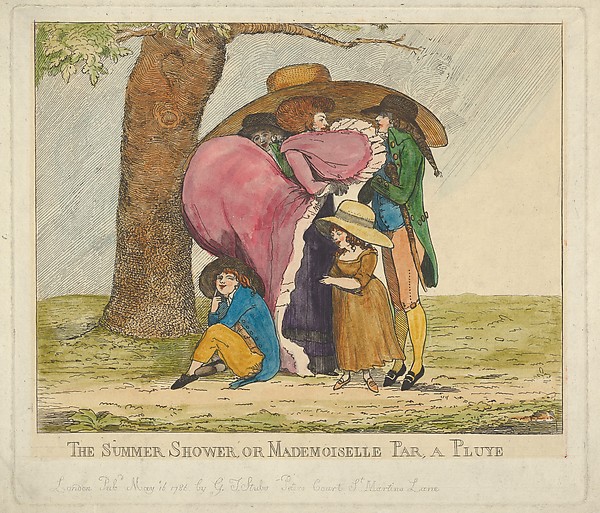