With rain pouring outside today, my thoughts have turned to indoor games. A quadrille is a dance but it’s also a card game for four players (via French from Spanish cuadrilla, diminutive of cuadro (square), from Latin quadra). Given the flirtatious looks between these four and their friends, it’s clear there’s more than just cards in play. And it’s no surprise to learn that this image was used to decorate the supper boxes at that den of intrigue Vauxhall Gardens. I’m rather fond of the expressions on the maid’s and the enslaved boy’s faces, as if they have seen it all before.

At the far end of the Georgian era is this 1837 depiction of a game of hazard, an all-male affair with complicated rules, involving the roll of 2 dice (or more accurately, as my English teacher used to insist, die). Several players have clearly run out of luck; one is leaving the room clutching his head and another sits, abject, in a corner. Crockford’s Club, in St James’s Street, was known for its hazard playing. 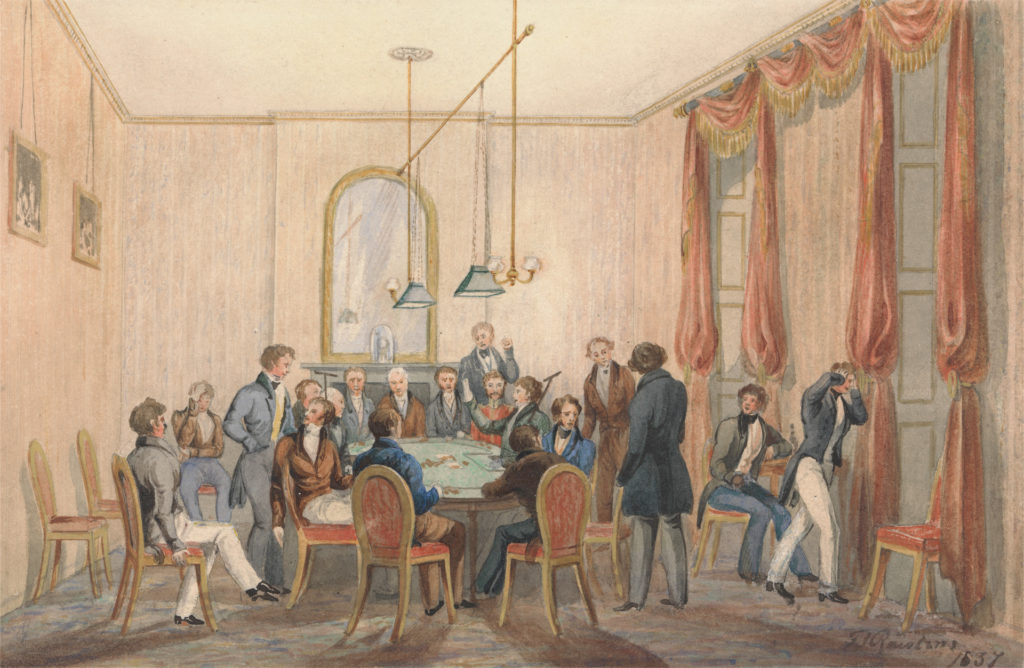 More head-clutching in this depiction of chess, but it’s more of the thinking rather than despairing kind. Chess has always been more of an intellectual challenge than a chance to indulge in high-stakes gambling. I love the way Top Left Man looks out from the canvas, quietly inviting us to become part of the scene because he knows we might have something to contribute. 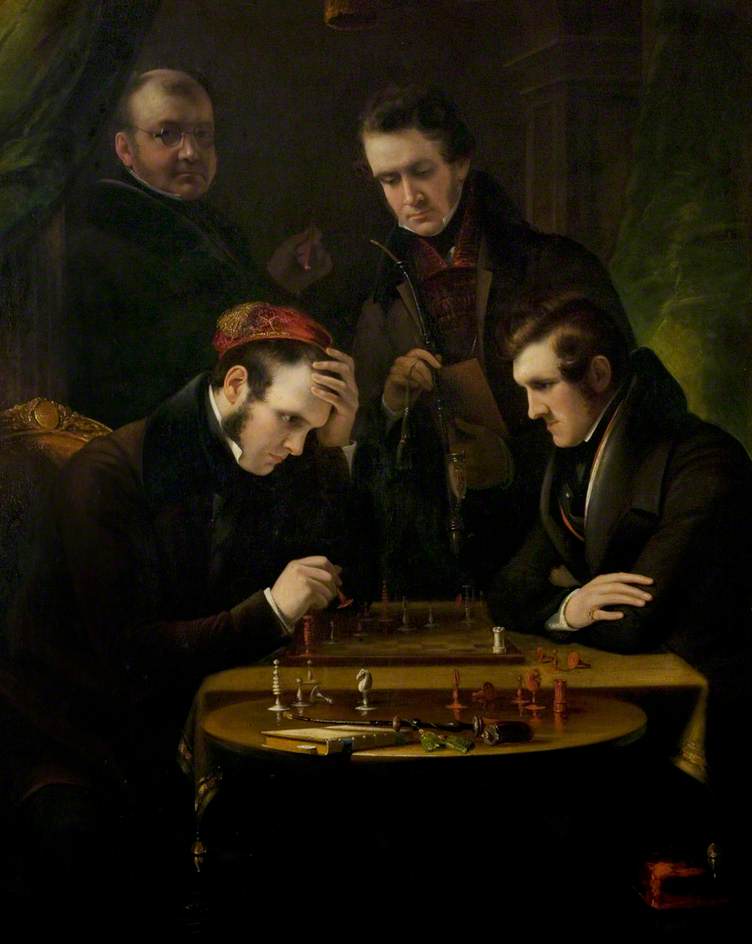 Of course, boardgames were not reserved for the middle-class. This unattributed work from the Scottish School shows middling folk (the one on the left wears a smock) having a jolly time playing drafts (confusing it’s titled the Chess Players), observed by the buxom wife of the house and her slightly odd-shaped baby. Yes, I know they’re not indoors, but perhaps the sun is shining (it’s a lovely autumn day) and they’ve taken advantage of the weather for an hour or two. The man on the right could be a publican and perhaps the woman is his wife. 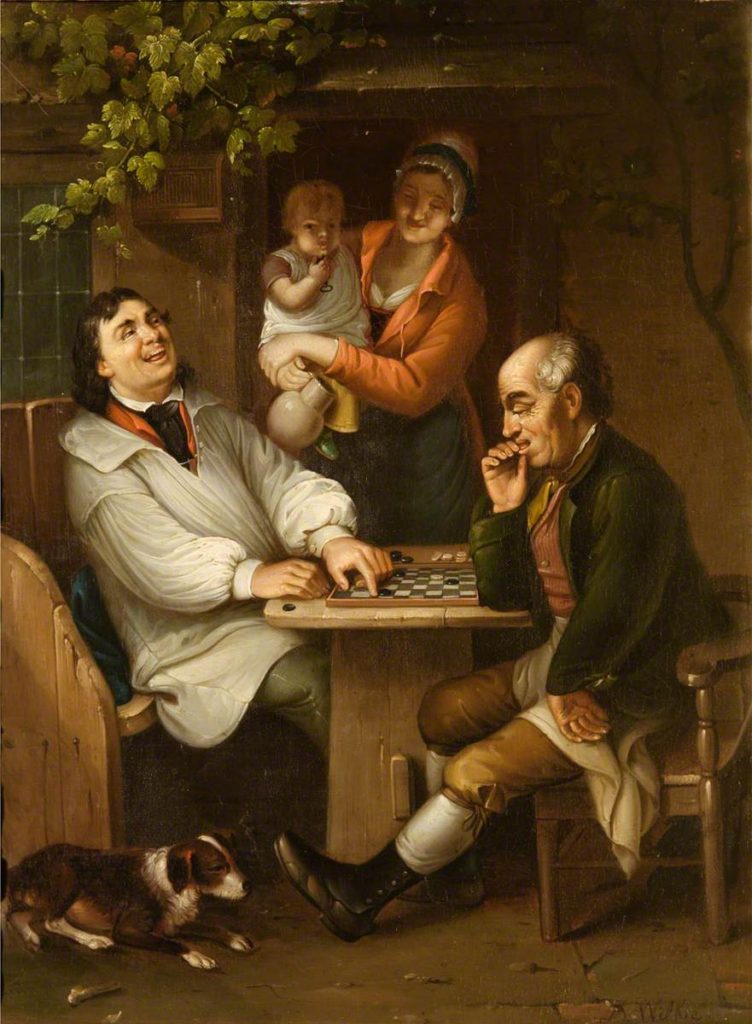 Finally, an example of the many family boardgames from the Regency era. This one, The Swan of Elegance, is from 1814 and tried to combine fun with moral instruction. There were 31 numbered pictorial compartments, each showing a child engaged in a moral or an immoral deed. The accompanying booklet has a four-line verse explanation for each. Hours of merriment, I’m sure.

The Swan of Elegance: A New Game Designed for the Instruction and Amusement of Youth, 1814 © The Trustees of the British Museum