The case of Frances Thompson, a widow from Beverley, Yorkshire, turns up some useful terms used in the counterfeit business. 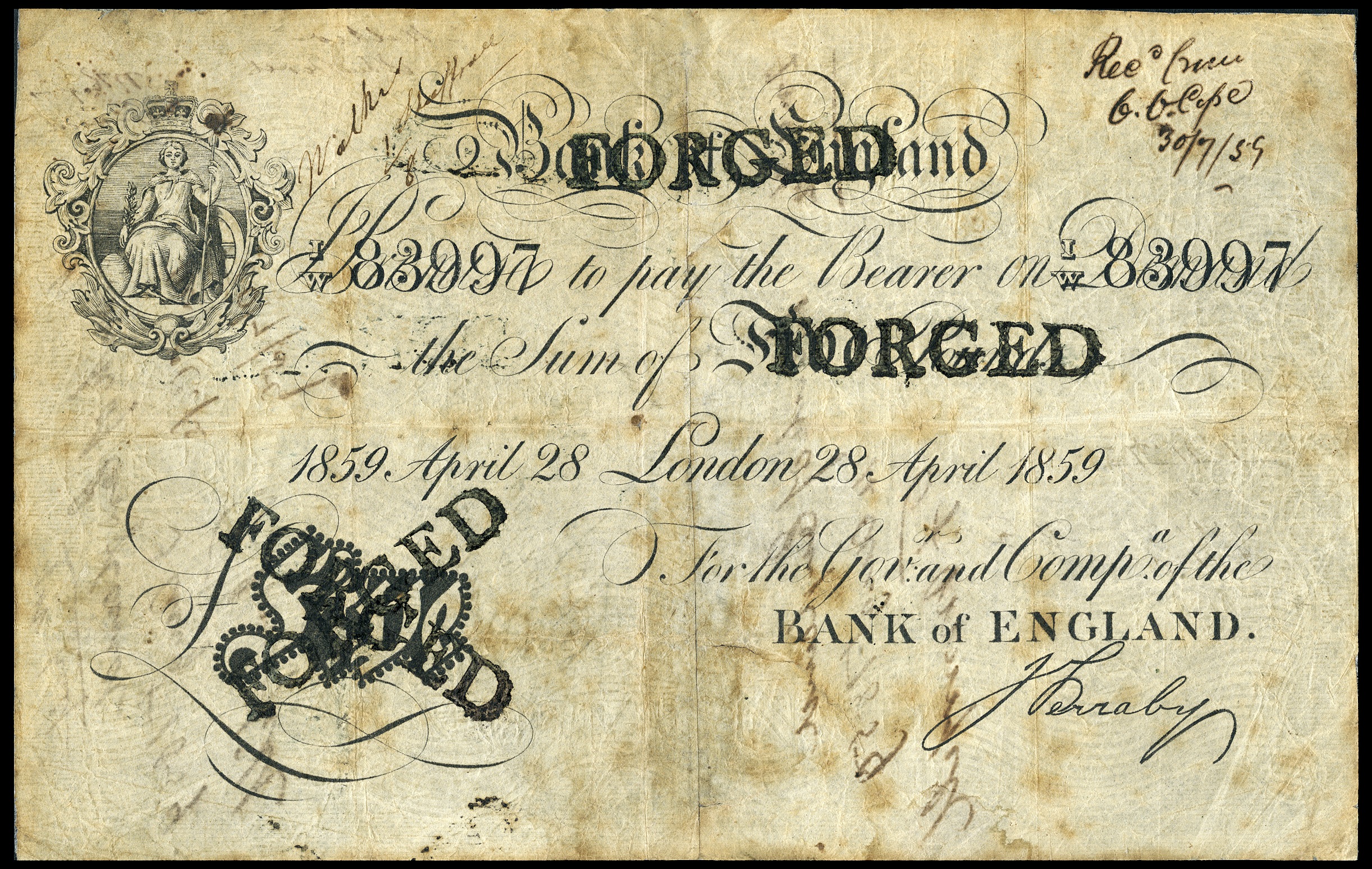 Frances Thompson, of Beverley, was charged with uttering a two pound Bank of England Note, knowing it to be forged.

Mr. PARKE stated the case on the part of the prosecution, which was not a little singular, and which we shall detail from the evidence of the only material witness.

John Horner stated, that he was a Constable and a currier, at Hull, that he was sent by the Magistrates of that place to Beverley, on the information of a person of the name of South, to ascertain whether the prisoner was a dealer in forged Notes, and if she was to endeavour to entrap her to the commission of such acts as might lead to her conviction. To effect this purpose, it was agreed that the witness and South, who appeared to be concerned in the same traffic, should go together; and that the witness should be introduced by South as his friend, and who was desirous to form a Note-connexion with her; and the better to execute this design, the witness was instructed by South in the slang of the profession. On their arrival at Beverley the prisoner was sent for to the Plough Inn, and the witness asked her if she would have a drop of duff (rum). This was accepted and the witness then proceeded to enquire if she had any bobs and shans? (counterfeit shillings and sixpences.) Prisoner said she had, and would fetch some; on her return she brought two parcels, which she sold to the witness for a guinea. Witness then asked if she had any scrieves; prisoner said she had not one. She then left the public-house for a short time and returned with a Two Pound Bank of England Note, which she said the witness might have for 13s. Witness affected to consider it as too dear, and offered 10s. 6d, for it; but she said that was the regular price, and as it was his first dealing with her he must give her the price, which he at length consented to do, on condition that she would be a bob to to come in; that is, would give a shilling to be drunk. To this the prison acceded t and he paid her for the note, which she delivered to him. The witness soon after offered to go, but at the intreaty [sic] of the prisoner remained in her company a little. Witness mentioned that he was going Pocklington Fair, and the prisoner desired him, if he saw D. Toulson, to let him know that she should be at York in the Assize week, and he might have what bobs and shans he chose. She then, addressing the witness, said, – “Thou art a rare good lad, and if thou keeps company with me, thou shall never want money, for I am going to York to try my luck, and I am determined to make something of it; either a golden chain or a wooden log.” Witness then shook hands with her and departed, for the purpose of having her apprehended, which was effected in about five minutes after.

No material fact came out on the cross-examination.

Mr Thomas Glover, a Bank Inspector, examined the Two Pound Note produced by the last witness, who had taken the usual precautions to identify it, and the Jury, without retiring, found the prisoner – Guilty.

Frances Thompson was hanged on 17 April 1810 at York Castle.