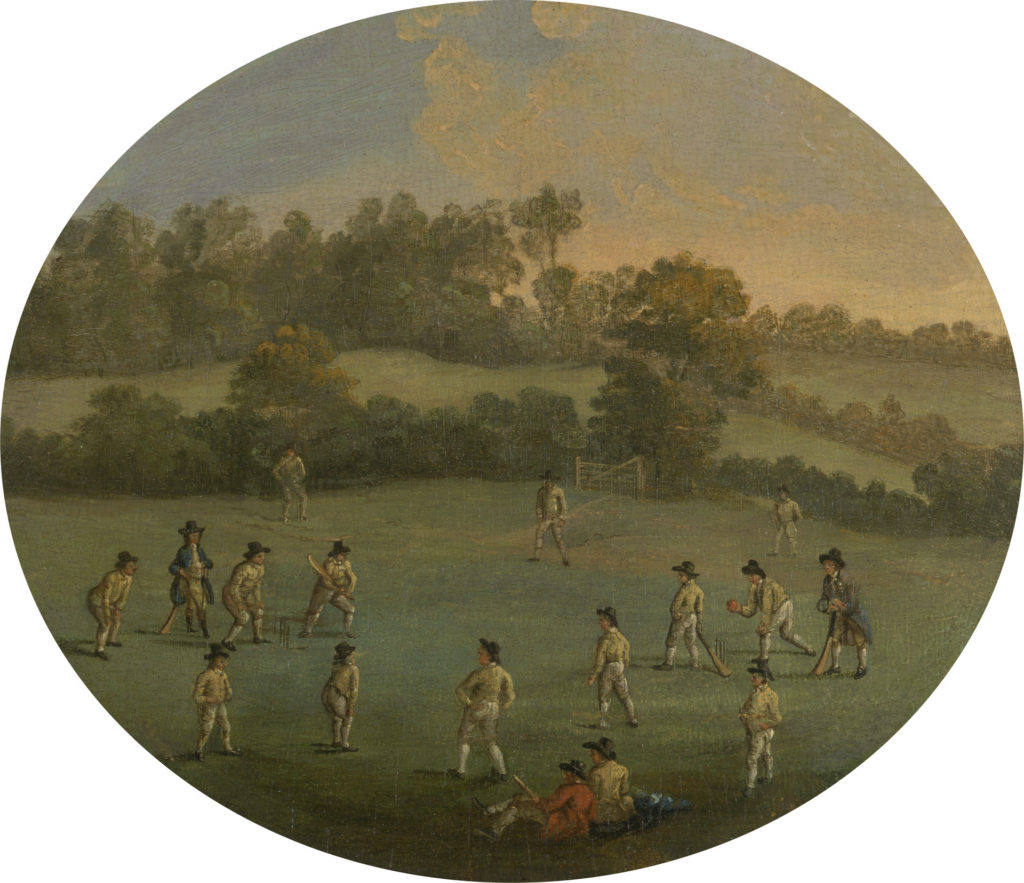 Cricket, whose rules were codified in 1744 (although its origins stretch back to the Middle Ages), only really became popular when its potential as another opportunity for aristocrats to bet became apparent. 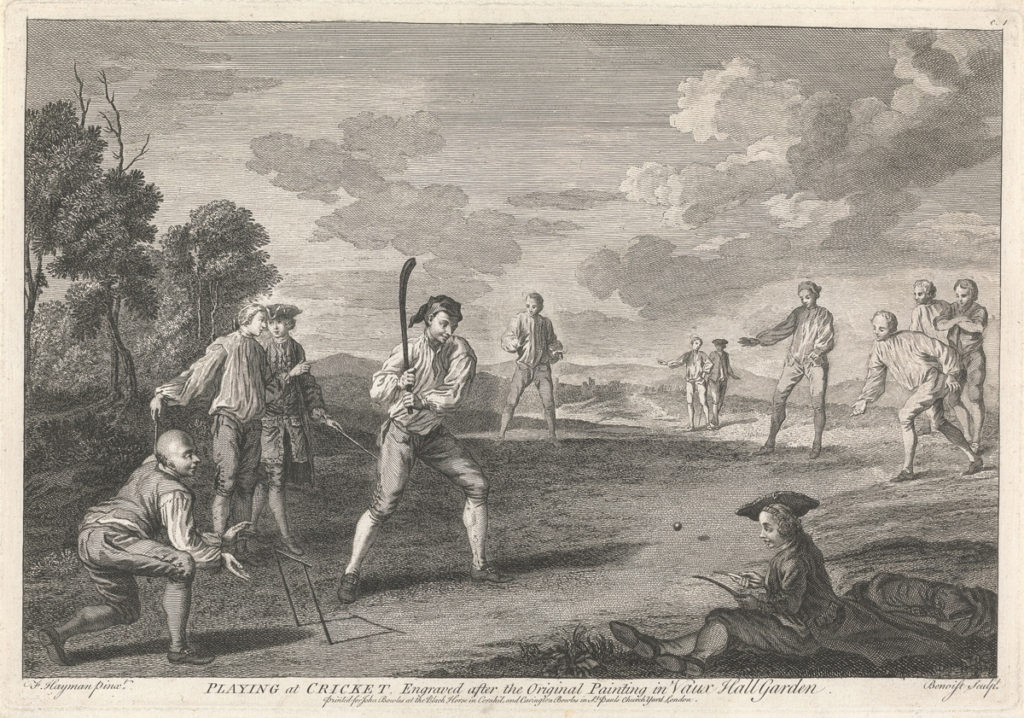 From time to time, perhaps to spice up the bets, unusual matches were organised. In 1766 at Blackheath, south-east of London, 11 Greenwich pensioners who had each lost an arm faced 11 who had lost a leg. The one-armed team won. Thirty years later, one-legged and one-armed teams of Greenwich pensioners played for bets of thousand guineas at Montpellier Gardens in Walworth (just south of the Elephant and Castle). The one-legs beat the one-arms by 103 runs. Afterwards, the winning team took part in hundred-yard ‘running’ races.

Aside: To anyone looking for a laugh I recommend The Pursuit of Cricket under Difficulties in Charles Dickens’ All the Year Round.1

Women’s cricket was not unknown, the first recorded match being between Bramley and Hambleton in Surrey. In 1775 at Moulsey Hurst (near West Molesey, Surrey), there was a match between teams of six married and unmarried women, with the singletons winning. Betting was ‘great’. 2

Another notable women’s match took place in 1811 at Ball’s Bond, near Newington Green between teams from Hampshire and Surrey, arranged for a wager by ‘two noblemen’, each betting five hundred guineas. The players ranged from 14 to 60-year-old Ann Baker, who was ‘the best runner and bowler’ on the Surrey side. Hampshire won, after which the players went to the Angel, Islington for a slap-up entertainment.3