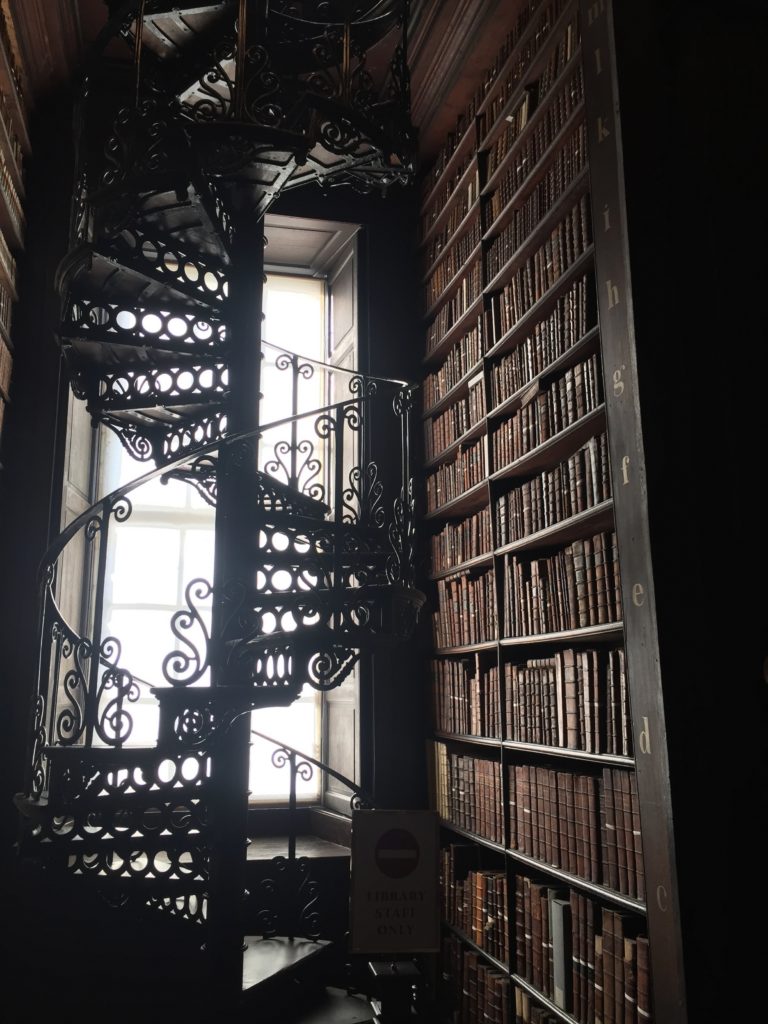 With libraries under pressure – in my home borough they are being closed, reduced to unstaffed stacks, and, bizarrely, reconfigured as  gyms (it’s not a pretty story) – my feelings around libraries are heightened. So when, earlier this month, I was in Dublin I made sure to revisit the Long Room at Trinity College, if nothing else to see a beloved book collection being cared for and celebrated and also to breathe in that unique perfume than emanates from a combination of ancient paper, calfskin, string and glue. 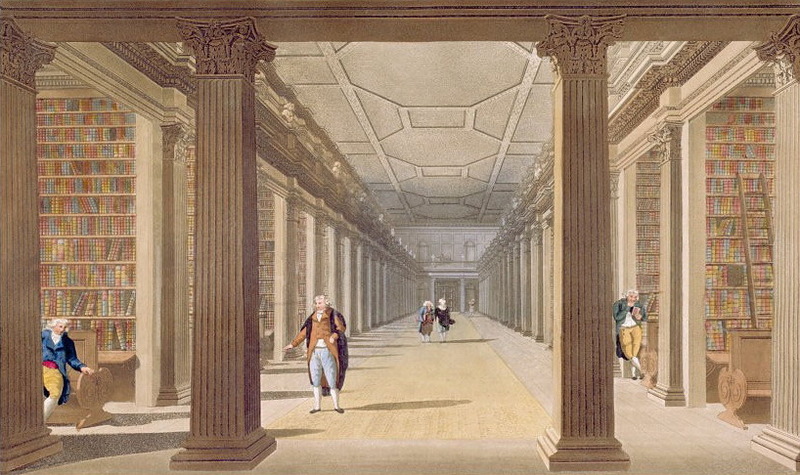 The Long Room is indeed long: 65 metres (200 feet). Originally it had only one level and a flat roof, but it was extended upwards in 1860 and is now two storeys with wooden barrel-vaulting. 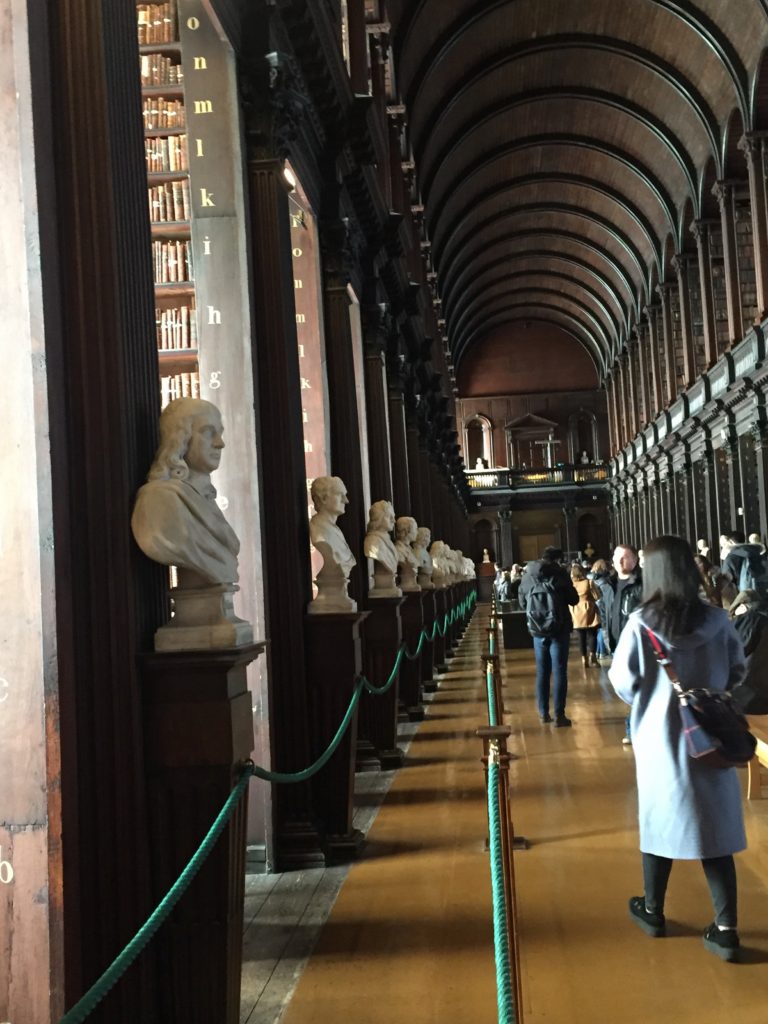 A central index gives the exact location of individual volumes on the shelves, which are identified by upper and lower case letters. Any member of staff will explain the system to you.

The expansion was necessary because the library was full. Since 1801 Act of Union Ireland was part of the Kingdom of Great Britain and Ireland and its national library could claim the right to a copy of every book published. 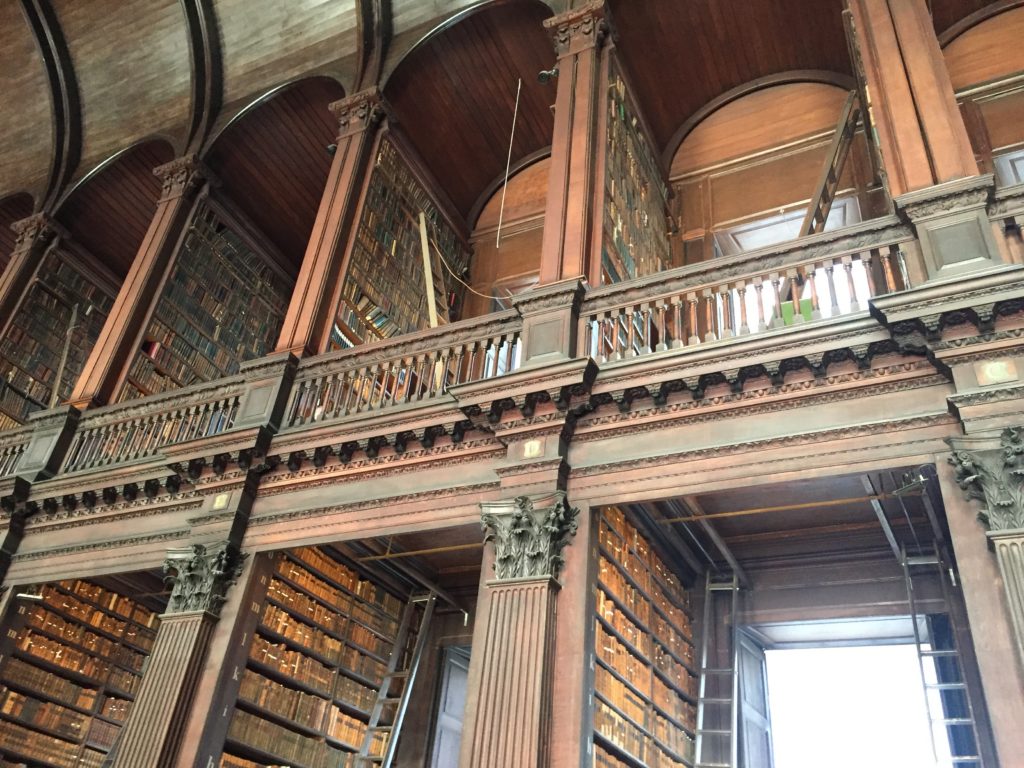 Lining both sides of the room are marble busts of famous philosophers and men connected with Trinity (there are no women, it’s superfluous to say), a collection started in 1743 with 14 by Peter Scheemakers. That of writer Jonathan Swift, Dean of St Patrick’s Cathedral in Dublin, by Louis François Roubiliac is considered to be the best. 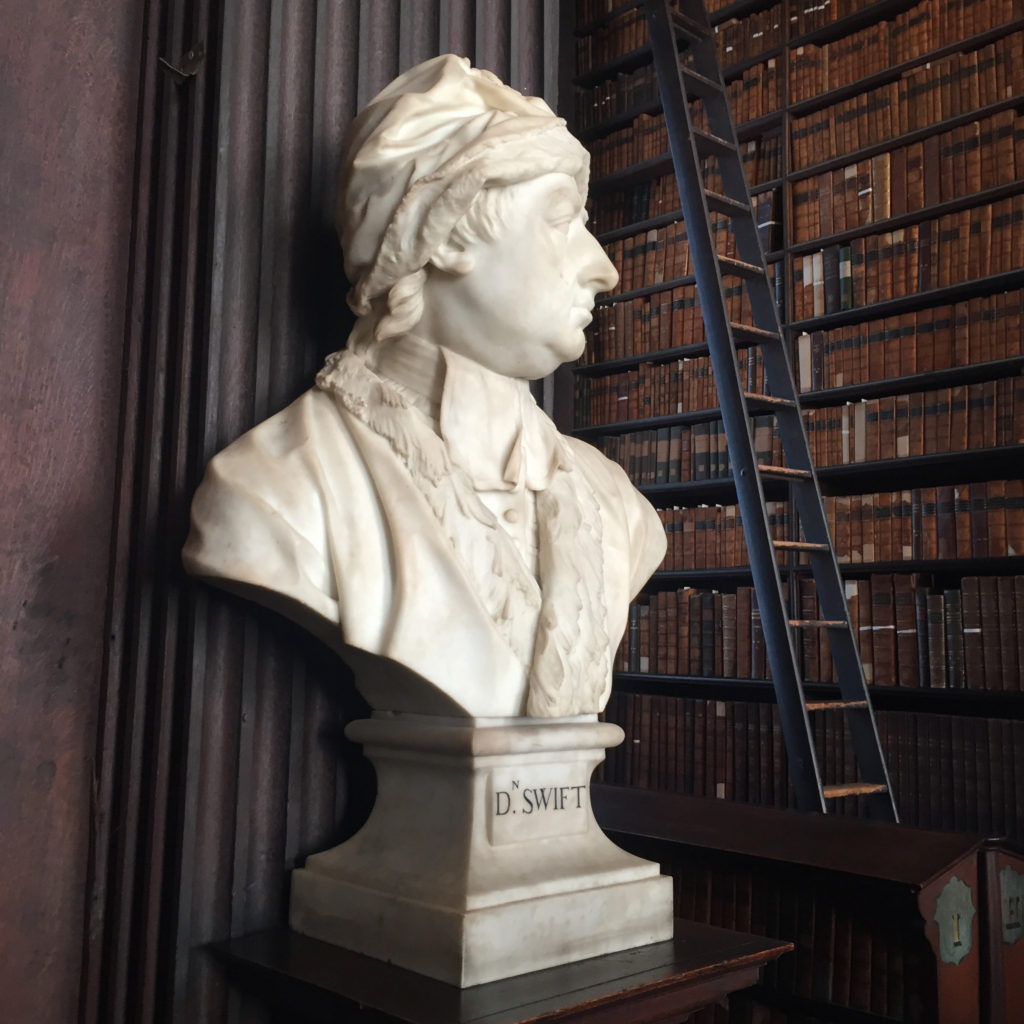 Tom Langlois Lefroy is also in represented in the collection. Aged 76, and after a long career in the law, he was appointed Lord Chief Justice of Ireland, but as a young man he had danced and flirted with Jane Austen. However, their relationship came to nothing.

Friday. — At length the day is come on which I am to flirt my last with Tom Lefroy, and when you receive this it will be over. My tears flow as I write at the melancholy idea. Letter, 14 January 1796 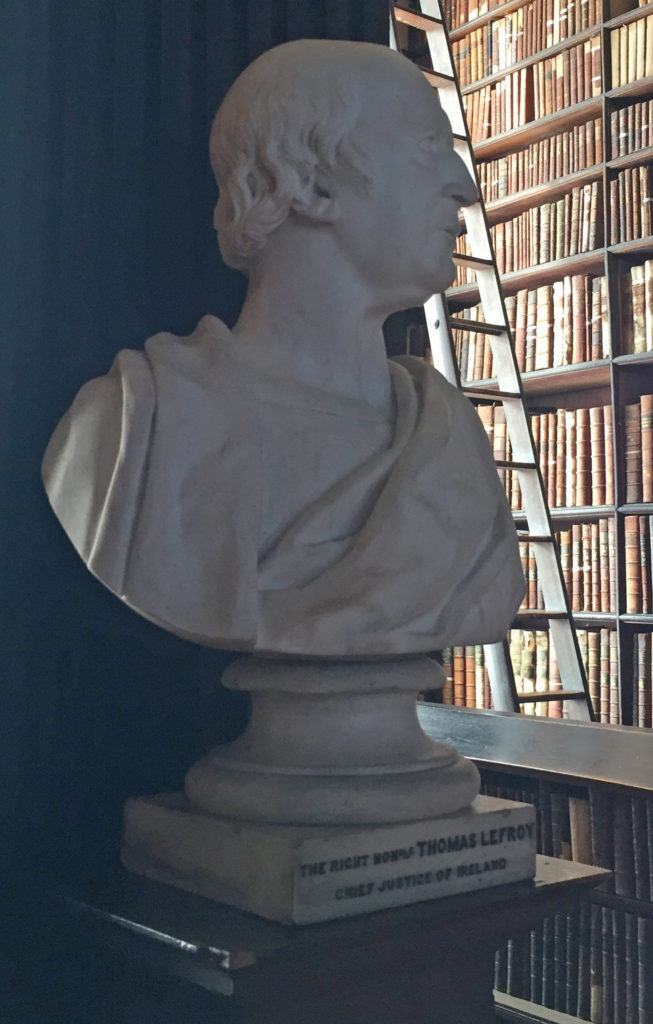 Lefroy eventually returned to Ireland to practise at the bar.

Dublin is noted for another ancient library. Marsh’s was established by Narcissus Marsh (1638-1813) in 1707 and was the first public lending library in Ireland. It is currently undergoing renovations so I did not get to visit it and I will try to do so when I am next in Dublin.