A recent tour of Felbrigg Hall in Norfolk took us into the Victorian kitchens. As we explored the coppers and the ranges and perused the ledger of servants which recorded their employment and reasons for leaving it occurred to me that when I visit these grand houses I always come away thinking that the kitchen and the library are my favourite rooms. The artefacts speak of years of hard labour through endless seasons: lifting, chopping, boiling, scrubbing. I long to see them in action, with all the heat, pain and inevitable hellish kitchen conflict as well as the fun and joshing with your colleagues, the sneaky tastes of interesting dishes and and the scoffing of delicious leftovers.

For artists, kitchens offer rich inspiration: interesting structures and objects – ranges, shelves, baskets, bottles, pans – and informal, real poses – people at work, engrossed in their task. These two images by John Atkinson, about whom I have found out nothing, were clearly intended as a pair. 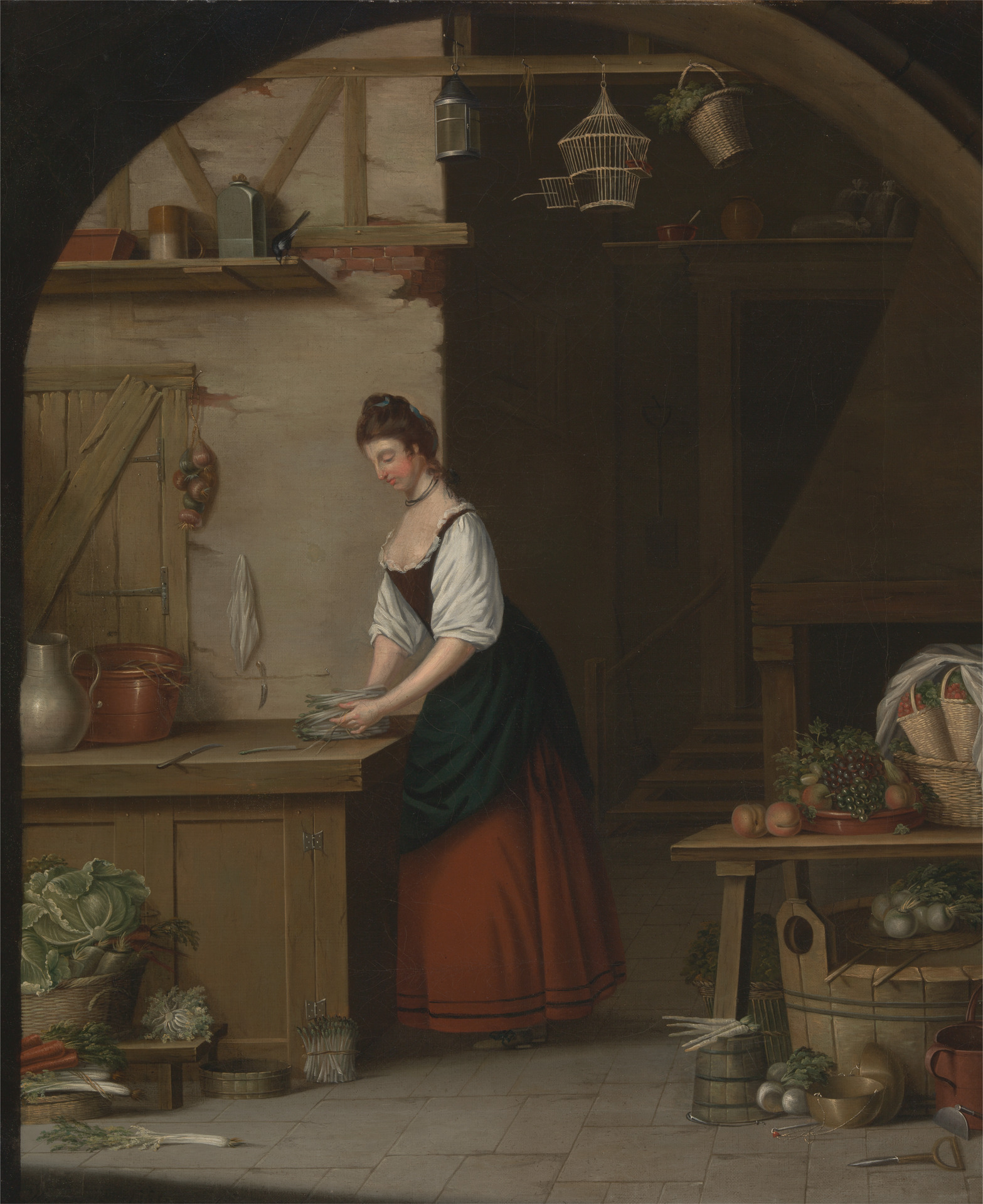 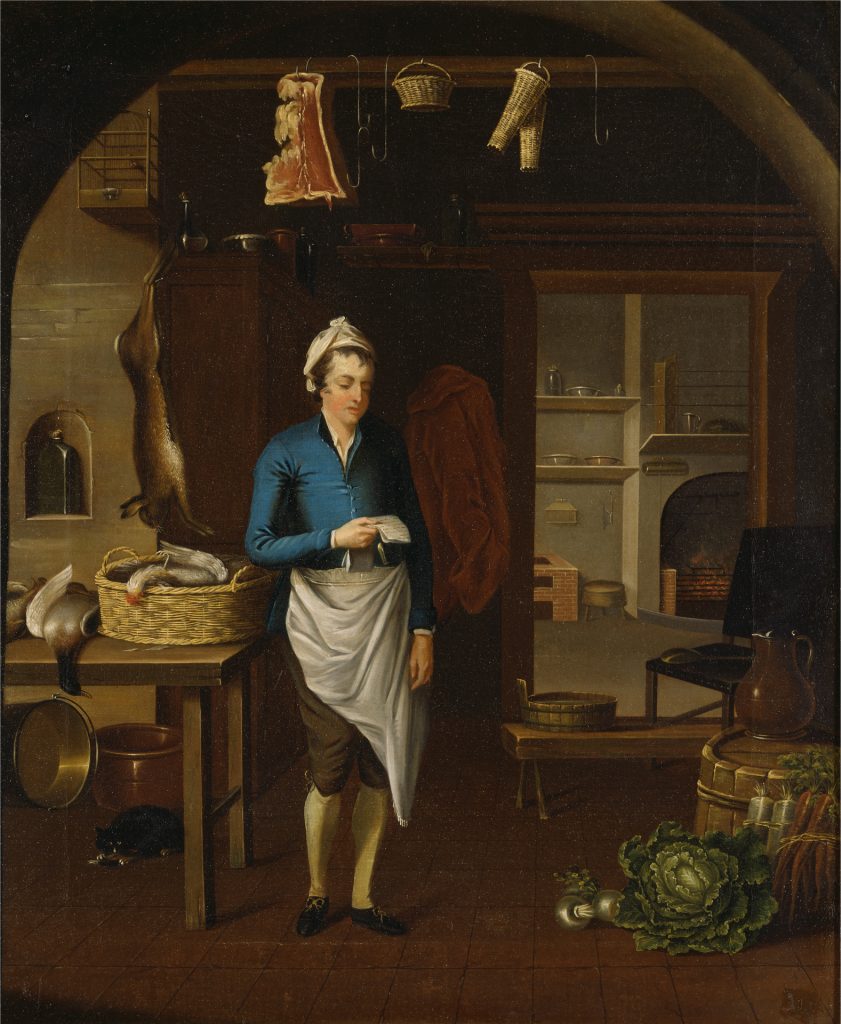 Of course, illustration has a different purpose, so this frontispiece to Martha Bradley’s The British Housewife: or the Cook, Housekeeper’s, and Gardiner’s Companion from about 1760 is more of a diagram of a typical kitchen. The head cook is preparing pork for roasting while one of her two assistants turns the spit and the other makes pies. The room is clean, well-ordered and well-lit by a large window. As many Georgian kitchens were in the basement of the house, this was probably not the reality for most households, which was probably more like the kitchen at Dennis Severs house. 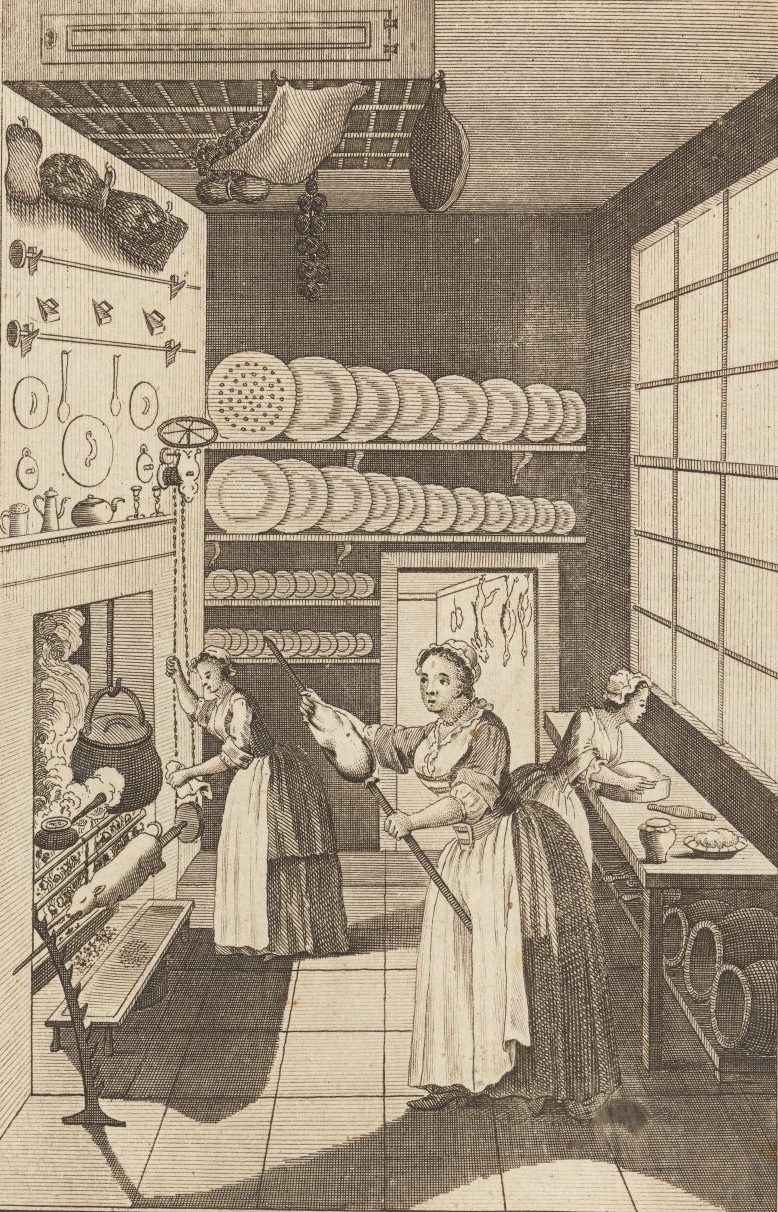 Frontispiece from Mrs Martha Bradley, The British housewife: or the cook, housekeeper’s, and gardiner’s companion. Calculated for the service both of London and the country : and directing what is necessary to be done in the providing for, conducting, and managing a family throughout the year… Courtesy of Wellcome Images

The warmth and fun of family life based in the kitchen is captured beautifully in this rare and humourous domestic genre scene by Maria Spilsbury (1777–1820), one of the few woman artists of the early 19th century. Four children and a cat cause havoc in a large country kitchen. Employers (including what looks like a mother-in-law on the right) and servants happily occupy the same space, with pie-making at one end and what looks like sewing on the right. The household is of some standing, as a manservant is employed. 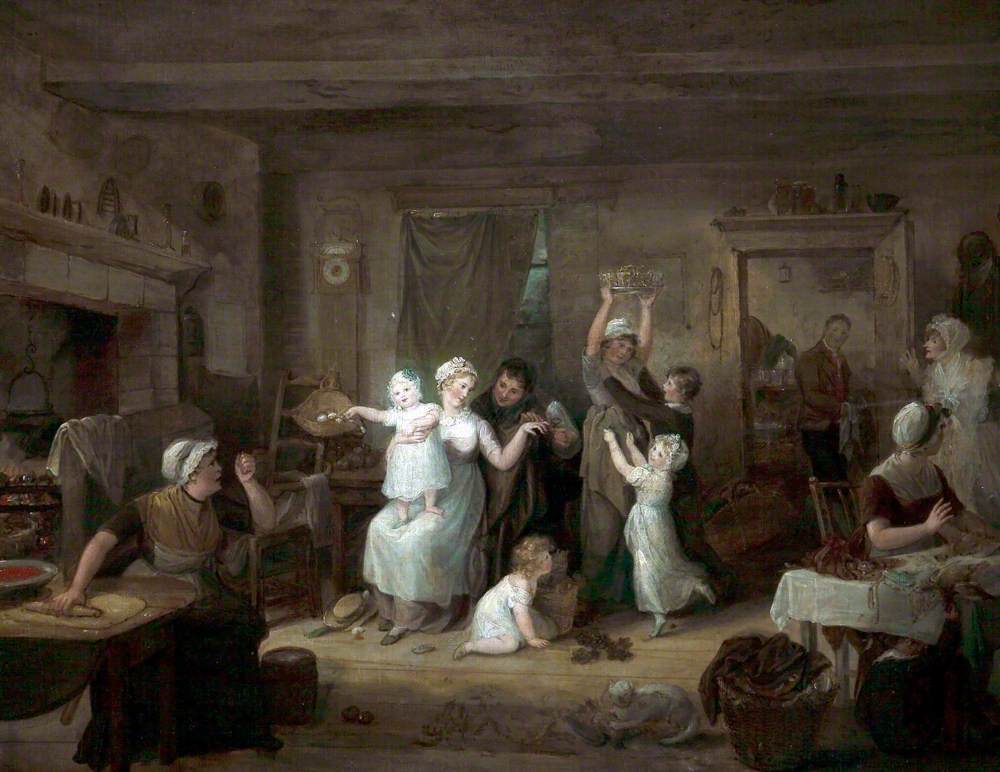 Finally, High Life Below Stairs was a common theme for printmakers and the title of a two-act farce by James Townley (published 1759). In this print by James Caldwell (1739-1819) servants party in a basement kitchen. One has her hair done, watched approvingly by the cook (note the child doing her doll’s hair), a couple enjoy a beer and a song (accompanied by the dog) and an old crone scrubs clothes in a tub. The scene is chaotic, with discarded household implements. The proper order of society has been upset: anarchy threatens. 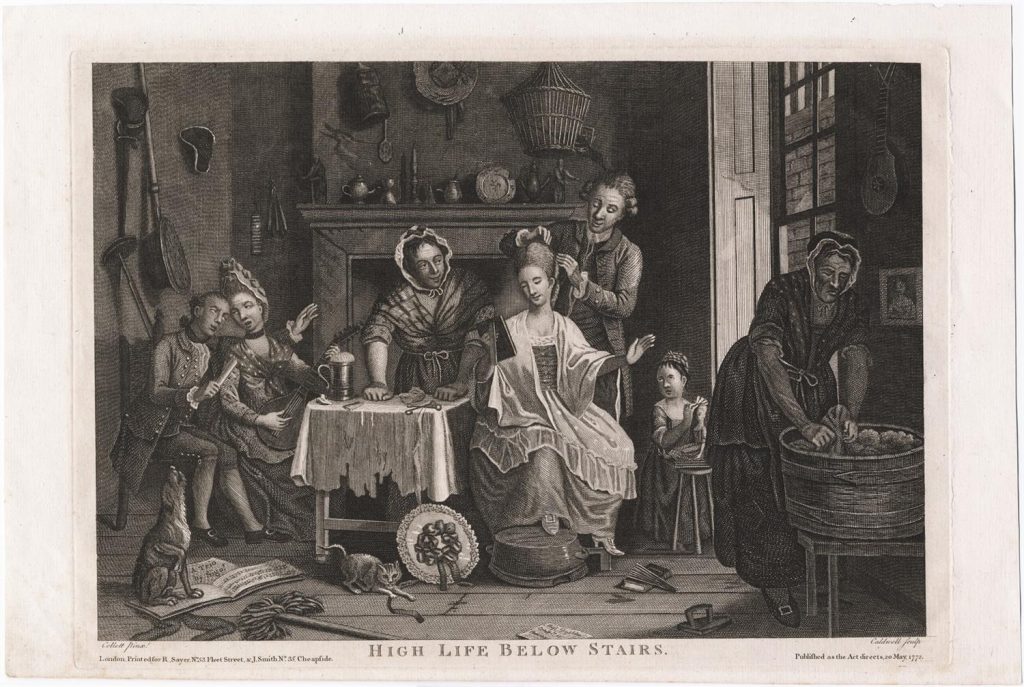