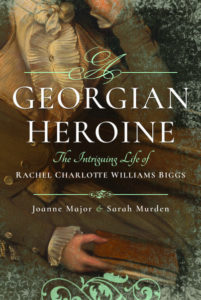 I am thrilled to host a post by Joanne Major and Sarah Murden, two stars of the Georgian Era blogging cosmos, whose supersleuthing on myriad fascinating subjects at All Things Georgian have earned them thousands of fans. Here they tell us about appalling crimes committed against Charlotte Williams, the subject of their third book, A Georgian Heroine: The Intriguing Life of Rachel Charlotte Williams Biggs, which is published this month by Pen & Sword.

Some say whatever does not kill you makes you stronger, and that may have been the case with Charlotte.

Just how much misfortune could one girl suffer? Rachel Charlotte Williams, known as Charlotte and from a ‘middling’ but well-connected family who lived on Narrow Wall in Lambeth,1 was abducted and raped not once, but twice! And both times it was by the same man, a wealthy neighbour who owned one of the timber yards which dotted the Lambeth shoreline. 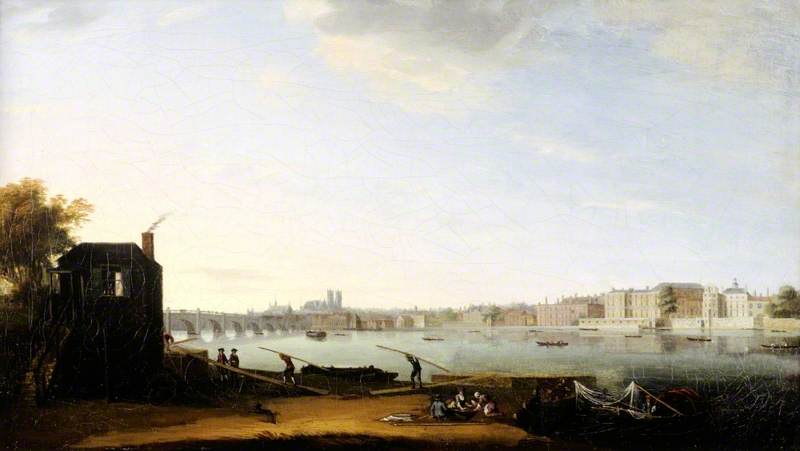 The timber merchant, named by Charlotte only as Mr H—, was obsessed by Charlotte who, at around 16 or 17 years of age, was a decade younger than her tormentor. The first abduction took place in the late 1770s, after Charlotte had been lured across Westminster Bridge to Mr H—’s lodgings in New Palace Yard, Westminster.  There she was given coffee laced with laudanum before Mr H— burst into the room. During a brief struggle, Charlotte fainted, banging her head as she fell only to come to with her white dress covered in blood and the realisation that her body had been violated. Mr H—, alternately penitent or a madman, held her for several days until she was able to smuggle a message to her friends who came to her rescue. 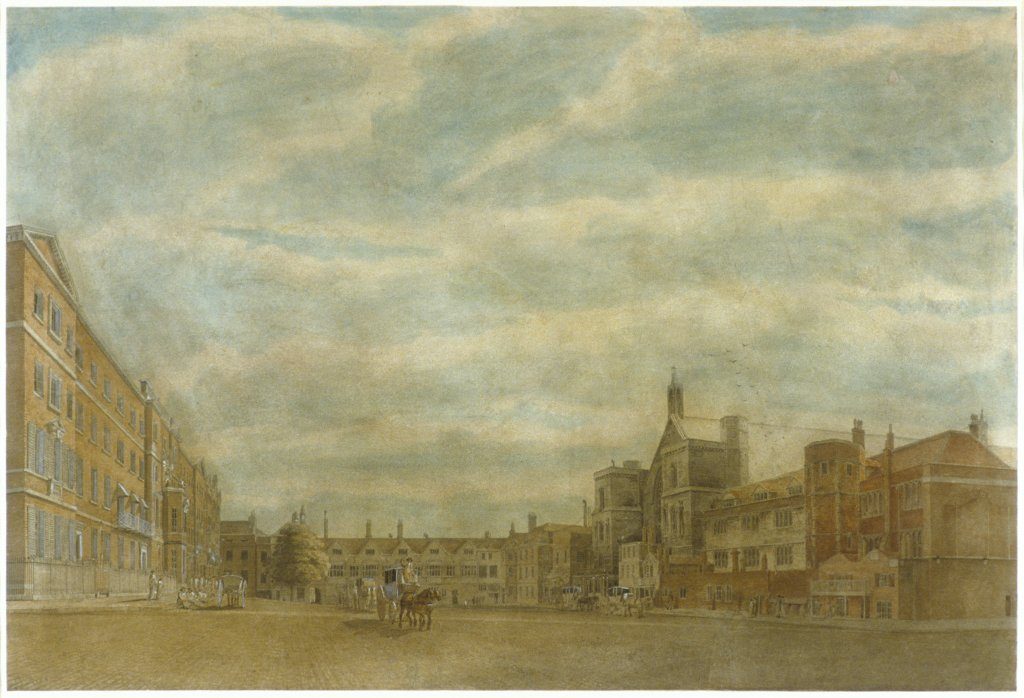 New Palace Yard, Westminster by an unknown artist c.1793-1799, Government Art Collection. Mr H__’s house can be seen on the left hand side, just before the bow windows of the King’s Arms Tavern.

Charlotte’s father challenged Mr H— to a duel and the case was almost tried in a court of law but, at the last minute, a settlement was reached and Mr H— promised never to contact Charlotte again. He was no gentleman, however, and his word was clearly not his bond as he was soon pestering Charlotte, sending her letters promising the world if she would only consent to be his. 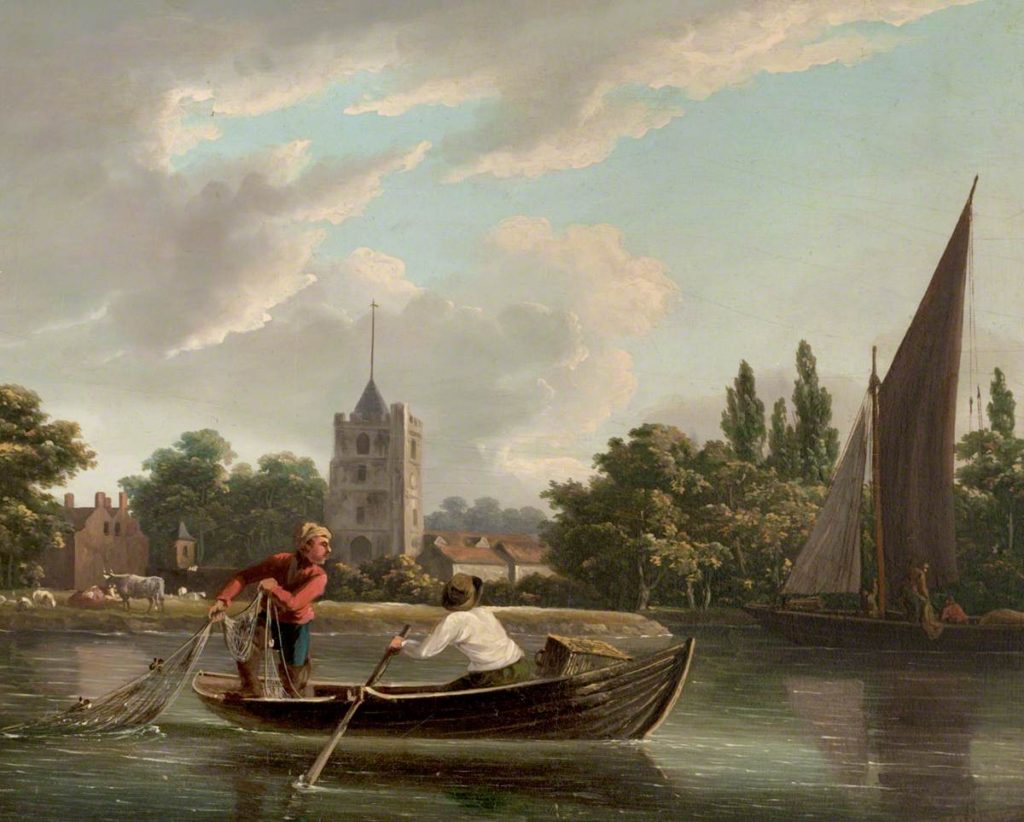 Realising his words were falling on deaf ears, Mr H— hatched a plot to kidnap Charlotte from her home: she was lured, under false pretences, to the river, bundled into a boat and rowed up river to Parson’s Green, Fulham to be delivered into Mr H—’s clutches. He had taken the lease on Peterborough House, a mansion formerly owned by the Earl of Peterborough and there Charlotte was imprisoned for more than a year and repeatedly raped. 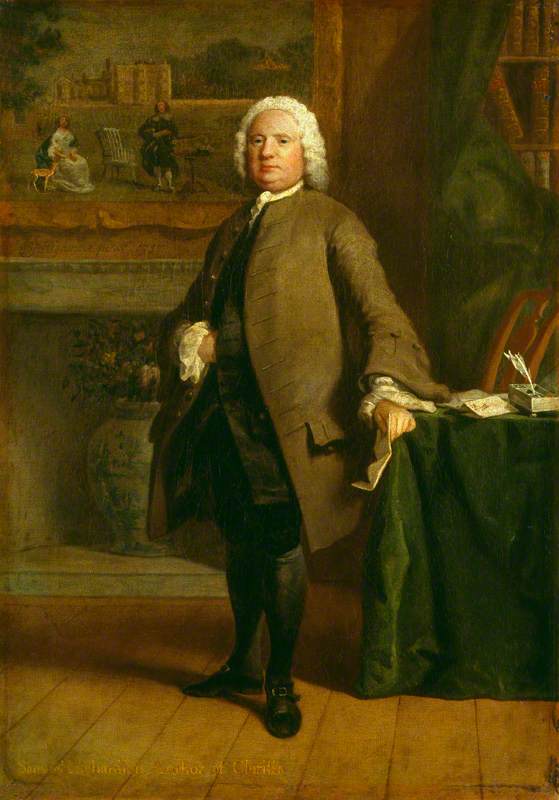 The novelist Samuel Richardson had lived at Parson’s Green and one can be forgiven for thinking that Charlotte’s story sounds like one of his plotlines, for her experiences conjure those of the fictional Clarissa who was hounded by the rake Robert Lovelace and tricked into leaving her home with him. Lovelace believed that once Clarissa had lost her virtue, then she would have no option but to marry him; Mr H— held exactly the same premise, thinking that once Charlotte had submitted then she would become seduced not only by him but also by the luxuries he could offer and that she would willingly remain with him. 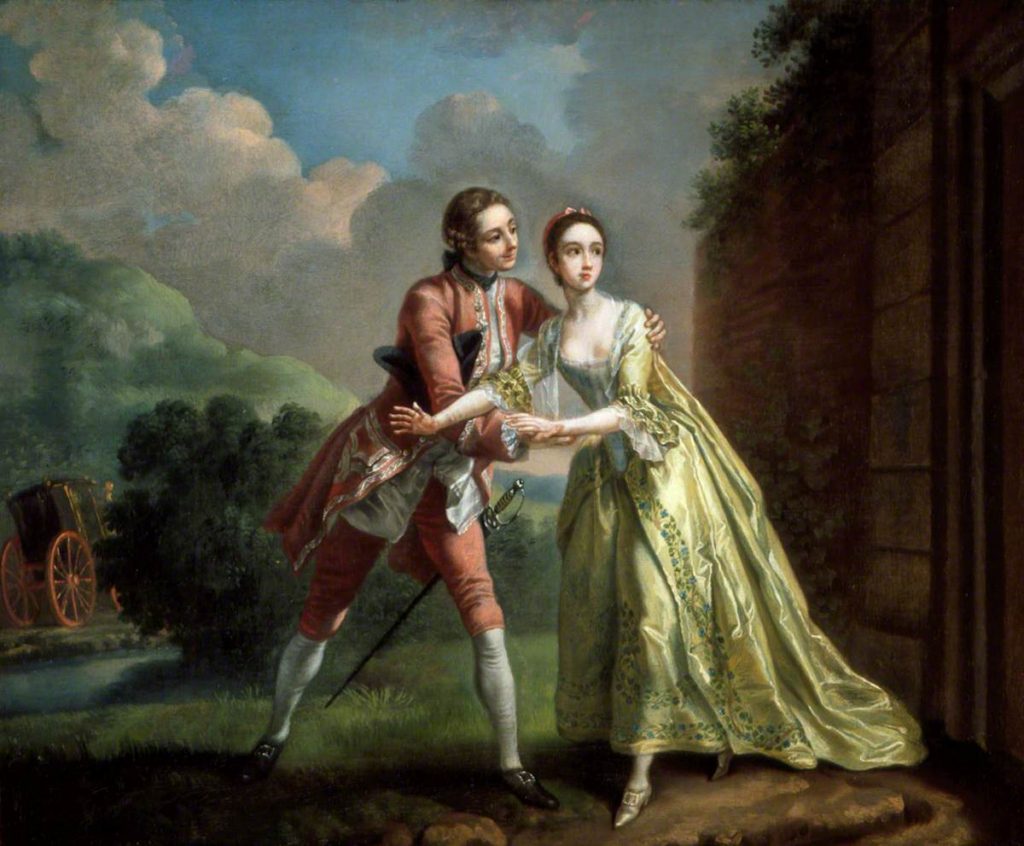 While Clarissa lost the will to live and died a tragic heroine, Charlotte gathered her wits and triumphed over adversity. She escaped twice from Peterborough House only to later be held a prisoner in France during the revolution but then reinvented herself with remarkable aplomb. She would go on to be a memoirist, political pamphleteer, playwright and spy before instigating the nationwide celebrations for George III’s jubilee in 1809.

The identity of Mr H— together with the rest of Charlotte’s remarkable exploits are revealed in A Georgian Heroine: The Intriguing Life of Rachel Charlotte Williams Biggs, the bizarre but true story of an astounding woman persevering in a man’s world.