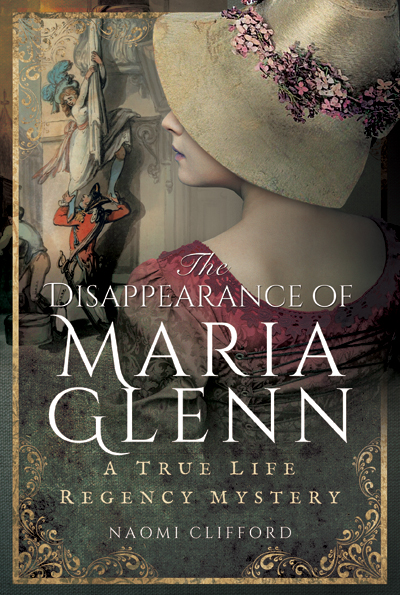 The Disappearance of Maria Glenn: A True Life Regency Mystery

Reputations – and fortunes – are at stake in this tale of elopement and abduction unearthed from the archives.

Taunton, 1817. Barrister George Lowman Tuckett wakes to discover that his 16-year-old niece Maria Glenn, reputedly the heiress to West Indian sugar plantations, is missing. He discovers that she has been abducted by the Bowditches, a local farming family, who intend to force her to marry one of the sons.

Maria is rescued and Tuckett starts investigating, revealing a complex and disturbing web of lies and impersonation. At a drama-filled trial, four defendants are sent to prison, yet within days the people Taunton begin to turn on Maria – and soon she and her uncle are facing a campaign of vicious vilification.

Maria Glenn’s family said she was “One of the best of girls, of the most docile, modest and artless nature” who was “incapable of falsehood”. Her enemies called her “base, foul, fiend-like” and claimed she told “lie upon lie, oath upon oath, perjury heaped on perjury.”

The story of the sudden disappearance of Maria Glenn once had the nation gripped – and bewildered. Both sides gave such utterly different versions of what happened that night it was clear that one of them had to be lying.

What many assumed at first to be simply an “elopement gone wrong” turns out to be a rollercoaster story of crime, coercion and illusory triumph.