Hanged at Ilchester, Somerset on 14 April 1836, for the poisoning murder of her husband John. Aged 23.

Sophia Edney, who was hanged in Taunton in 1836, said that she was influenced by the notorious case of Mary Ann Burdock, who had poisoned Clara Ann Smith in 1833 for her money and was hanged at Bristol in 1835. The lesson Sophia may have taken from that case was that Burdock had nearly got away with it. It was only the suspicions of Smith’s heirs, two years after she died, that led to Burdock’s undoing. Edney knew that arsenic was cheap and highly effective but it is likely that she, and other illiterate women, were not fully aware that unless expertly administered arsenic leaves specific and tell-tale traces. 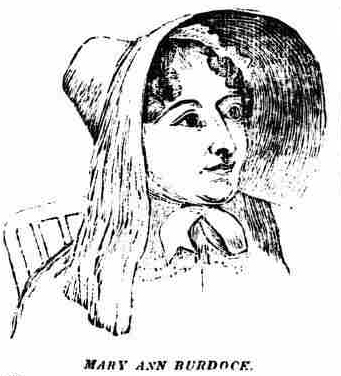 Elizabeth Dunn was concerned about her elderly neighbour, John Edney. His young wife Sophia had stopped by and told her that John was in so much pain with his old stomach complaint, she wished, for his sake naturally, he was in heaven. John was indeed extremely unwell, with a terrible pain in his insides. Elizabeth and Sophia gave him orange juice, milk and mutton broth but nothing worked — he just brought everything up. He told Mrs Dunn that the gruel and ginger Sophia made for him burned his mouth and that he had a raging thirst. None of the powders or mixtures Edward Wade, the local doctor, prescribed seemed to improve matters either. In fact, they made things worse. He thought he was dying and wanted to send for the doctor again, this time to sell his corpse so that his wife and children would have some money after he was gone.

Mrs Dunn witnessed one of the last conversations between the Edneys. Sophia brought John some milk in a teacup.

‘Have you put the powder in it?’ he asked, meaning the doctor’s remedy.

He asked to have the candle brought nearer, and then put his finger into the milk.

‘Have you put it in?’ he asked again, and Sophia repeated that she had not.
He drank some and vomited.

Elizabeth Collins, another neighbour, also looked in on John. He complained to her that the doctor’s medicine had ‘burnt his inside out’ and that his throat felt raw and ‘on fire’. In dreadful agonies, twisting and turning himself about, ‘very agitated and his features very much discoloured’, according to Mrs Collins, John died after a few hours. When Edward Wade, his suspicions forming, wished to autopsy the body straight away Sophia objected, but he proceeded anyway. John had told the doctor that he had had a ‘slight gnawing pain’ for some time and the ulcer Wade found easily accounted for that. But John had also told him that the burning sensation had become acute after eating fried potatoes. Wade, suspecting that John may been poisoned, probably with arsenic, decided to take the contents of John’s stomach to Professor William Herapath, the Professor of Chemistry at Bristol Medical School who had given evidence the previous year at the trial of Mary Ann Burdock. Before left the house, Wade also collected scrapings from the skillet in which the potatoes had been fried.

The Edneys were clearly an ill-matched couple. Sophia Vane was 16 and in domestic service in Bath when she made John Edney’s acquaintance six years previously; John, a 61-year-old widower, delivered eggs, butter and poultry to the household. According to newspaper reports after Sophia’s conviction, she was persuaded by her friends to marry John, which might indicate that she was parentless, either an orphan or a parish apprentice. Later, the couple settled in the small village of Compton Bishop in Somerset, where John continued with his eggs and butter business and also gathered watercress. They had three children but lately there were rumours that Sophia had wanted to be rid of her elderly spouse in order to marry a younger man.1 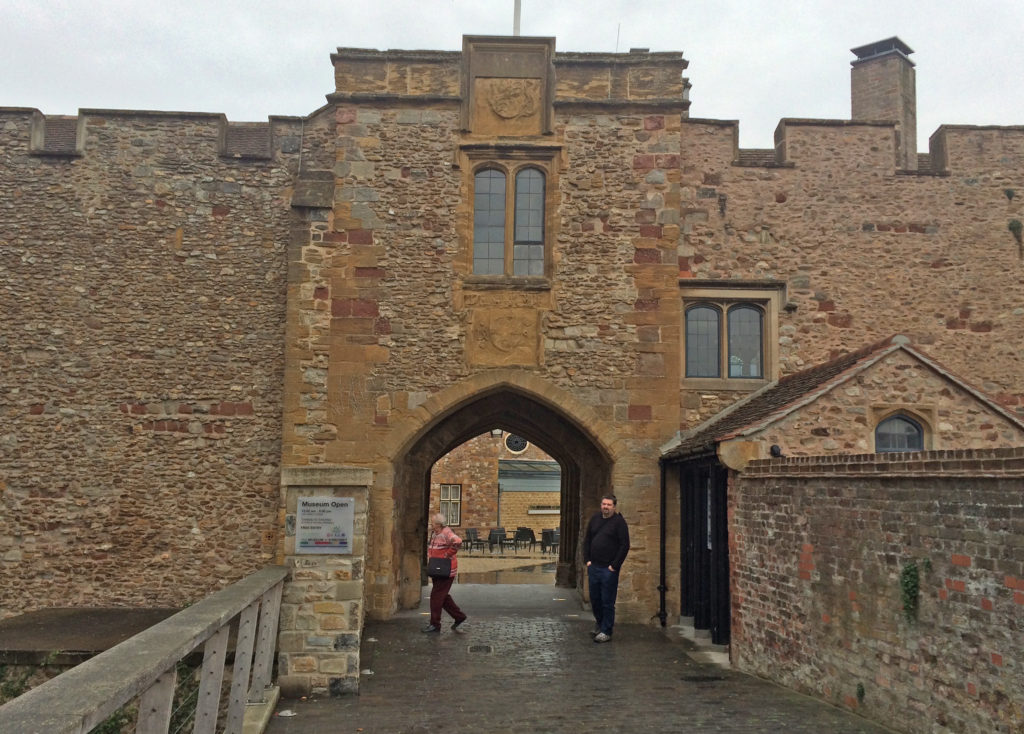 The Assize was held at Taunton Castle

On 12 April 1836, a month after John’s death, Sophia stood trial at Taunton Assizes in front of judge Joseph Littledale. Elizabeth Dunn gave evidence that Sophia told her that Mr Wade had diagnosed inflammation of the kidneys. A druggist from Axbridge said that he had sold Sophia arsenic for killing rats. Mr Wade outlined his suspicions at the time of John’s illness and death (and denied mentioning inflammation of the kidneys). Professor Herapath from Bristol described his tests on the contents of John’s duodenum, which confirmed the presence of arsenic, and stated that he had found a small amount of arsenic in the scrapings from the skillet. Sophia’s defence was to blame John’s death on his ulcer.

After the jury had consulted for less than half an hour, Sophia was found guilty and Judge Littledale sentenced her to death. In prison she was said to have conducted herself ‘with great propriety’ and to have confessed to the crime. It was reported that few spectators witnessed her hanging.

Sophia was the last woman hanged within 48 hours of conviction before the Offences Against the Person Act of 1836 repealed immediate execution for murder.

Henceforth murderers were to be treated like other capitally convicted felons and allowed an interval between conviction and execution. There was growing unease about the possibility of making an irrevocable mistake on the basis of ‘erroneous or perjured evidence’ by executing too precipitously.

She was also the last woman to be executed in England before Victoria ascended the throne.