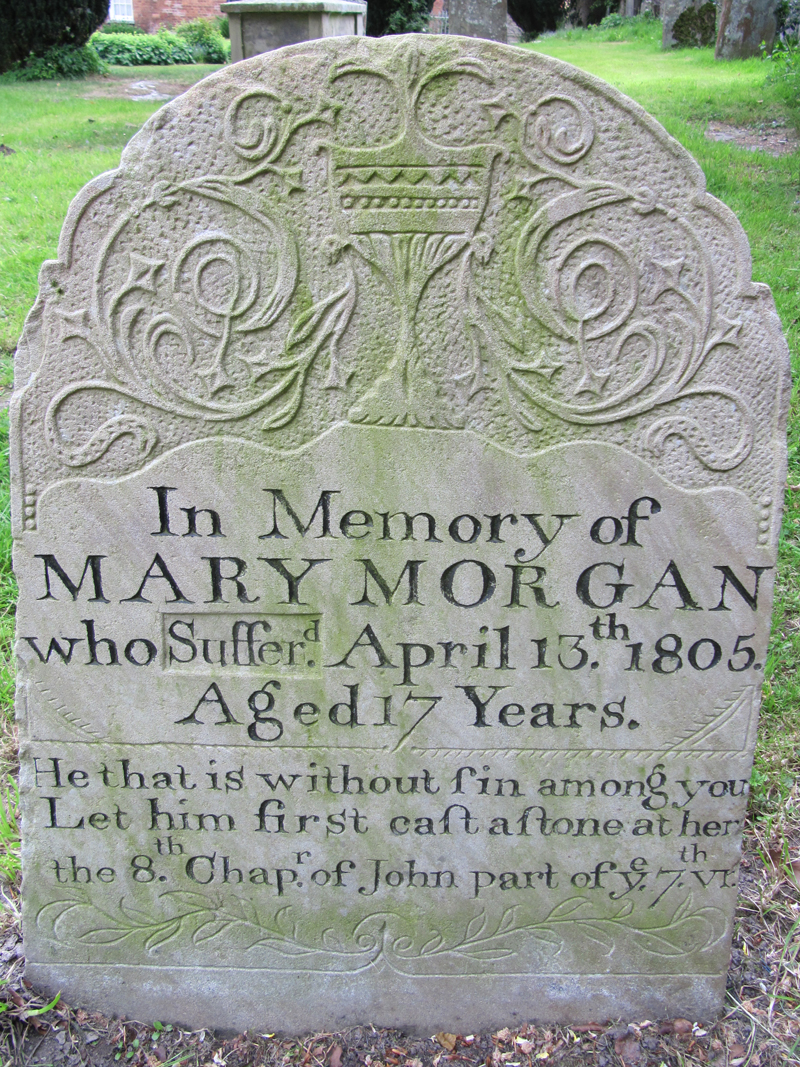 The alternative gravestone erected for Mary Morgan. Courtesy of Find a Grave

Geri Walton has hosted my guest blog Desperate Measures: Women on trial for infanticide in the early 19th century, in which I look at some of the defences offered by women on trial for their lives for murdering their babies.

Here is an extract:

Where the woman gave birth alone, unaided and unfamiliar with the mechanics of birth, she might say that she made a mistake during the delivery, failing to catch the baby while it was being born or neglecting to tie the cord, or that she had suffered a fainting fit. In 1802 (before Ellenborough’s law), Elizabeth Harvey, who had denied to her friends that she was pregnant but who later gave birth alone in her lodging room in Tottenham, north of London, leaving her bed drenched in blood, was later seen putting the body of her child into a pond.

Judge: Might not the navel cord, not being properly attended to, of itself occasion the death of the child?

James Sheffield, assistant to a surgeon: It would undoubtedly.

Judge: I believe it is a very frequent thing for the child to die in the birth in the very act of delivery?

Judge: Even where a skilful practitioner attends the birth?

Sheffield: Yes.
There were no marks of violence on the baby and Elizabeth was acquitted.

A midwife or surgeon might testify that the child was premature, stillborn or too ill to survive. In 1837 Sarah Blacklock was accused of killing her six-week-old baby boy. Sarah was exonerated when her landlady testified that the baby had been ‘sickly and poorly’ and a surgeon gave evidence that the baby ‘died of convulsions’.